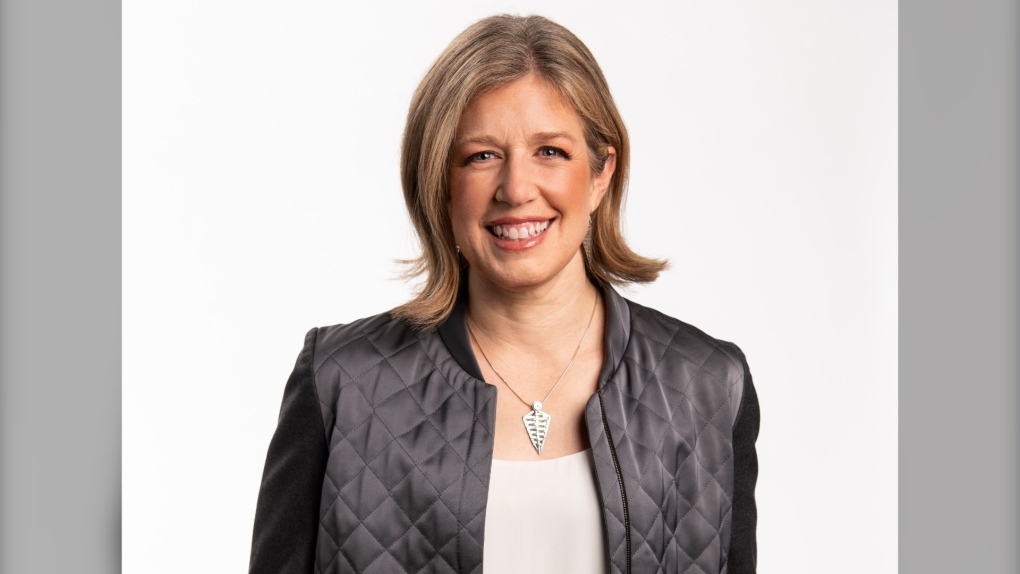 New Brunswick Liberal Party members have chosen a political newcomer as their new leader after a campaign that saw her promote herself as a fresh voice in troubled times.

Susan Holt was named the winner at a leadership convention in Fredericton on Saturday.

Holt, who worked as an adviser to former premier Brian Gallant's government, said in her victory speech she hopes citizens discouraged by soaring inflation and health care shortfalls will see her as representing a shift in a political system that has bred cynicism and dissatisfaction.

Holt is promising increased transparency, improved relationships with the Indigenous population and a less confrontational style in the legislature.

The 45-year-old former civil servant lives in Fredericton with her husband Jon Holt and three young daughters, and said in a telephone interview on Saturday that when she worked in government it was in a non-partisan capacity.

"I had the chance to present to cabinet and to present legislation on the floor of the house and to see the dynamics of how the bureaucracy works and how the political arm works, and how it doesn't work, and where the dysfunction is," she said.

She also noted she has experience as a business lobbyist and advocate, providing her the opportunity to "see the system from a lot of different angles."

Holt said she's spent the past three years working for PQA and Plato Testing, an IT services company that trains and employs Indigenous people in technology careers.

"I've been very, very frustrated and angry at how this current government has treated Indigenous people. There's been an absolute lack of respect and we need to start a new journey," she said during an interview.

Holt noted in her acceptance speech that she is following in the footsteps of prior female leaders in provincial politics, including Shirley Dysart, who served as party leader in the mid-1980s, and Elizabeth Weir, a former provincial leader of the NDP.

She thanked Liberals for supporting "a woman who has never been elected, and who brings an eclectic background of business and community and international and local experience," to the leadership role.

Her victory over former federal Liberal member of parliament T.J. Harvey came after the third count of votes on Saturday afternoon. Former provincial cabinet minister Donald Arseneault was dropped after the first count, and Robert Gauvin, a member of the legislature for Shediac Bay-Dieppe, was dropped following the second.

The four leadership candidates vied for a total of 100 points in each of the 49 ridings, with a total of 4,900 points available in the election.

The complex vote-counting system created a see-saw result through the afternoon, as Harvey was ahead in the first two counts until Holt surged to the win after the final tally.

It's expected Holt will lead the official Opposition into the next provincial election against the governing Progressive Conservatives led by Premier Blaine Higgs.

The Liberals currently hold 16 seats in the 49-seat legislature and have lost the last two elections to the Tories, who hold 30 seats, while the Green Party has three seats.

-- Story by Michael Tutton in Halifax.

This report by The Canadian Press was first published Aug. 6, 2022

This is a corrected story. A previous version said T.J. Harvey was a former cabinet minister. Harvey was, in fact, a federal Member of Parliament.

Quebec's major party leaders are making one final appeal to voters ahead of Monday's provincial election. Polls are open from 9:30 a.m. to 8 p.m. Eastern time Monday. During that time, Quebecers will endorse or condemn their leaders' conduct during major language law overhauls, existential questions on provincial identity, and of course, the pandemic.