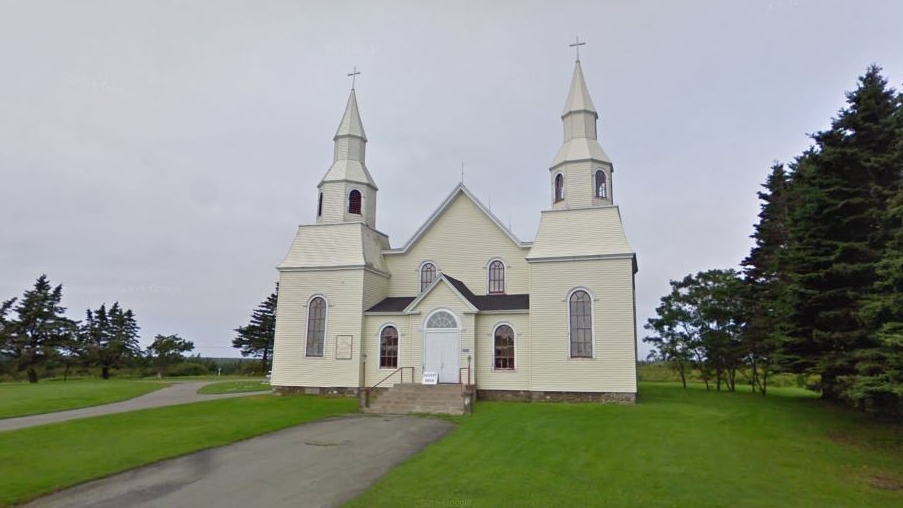 Police are investigating after anti-Semitic graffiti was found on Saint-Alphonse-de-Ligouri Church. (Google Maps)

SAINT ALPHONSE, N.S. -- Police are trying to determine who scrawled a swastika and offensive language on a church door in a small community in southwestern Nova Scotia.

RCMP Cpl. Jennifer Clarke says the writings and graffiti were done in marker on the basement door of Saint-Alphonse-de-Ligouri Church in Digby County.

Police believe it was written on a small wooden door sometime between 6 p.m. last Friday and 8 a.m. Saturday at the church on Highway 1.

They asked neighbours for information that may help identify suspects, but say they did not learn anything that may lead to an arrest.

Clarke says it wasn't clear if anyone may have captured images on surveillance cameras in the neighbourhood.

They're asking anyone with information to contact RCMP or Crime Stoppers.

"We are reaching out to the public to try to find out if people have information about who could have done the graffiti," she said. "It's certainly objectionable to have graffiti anywhere, but it may be a little bit more if it's on a church."