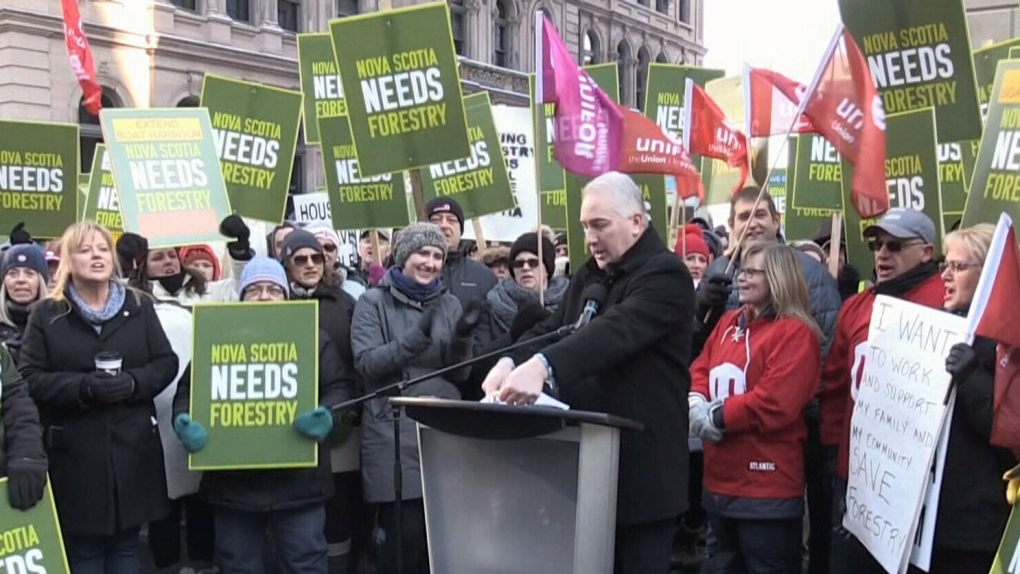 HALIFAX -- Nova Scotia Premier Stephen McNeil has filled out the transition team intended to help forestry workers affected by the impending closure of the Northern Pulp mill by the end of the month.

McNeil announced Friday that eight people will join Kelliann Dean, the deputy minister of Intergovernmental Affairs and Trade, who was previously announced as the team lead.

The team is part of a $50-million aid package announced by McNeil last month when he decided not to extend the legislated Jan. 31 deadline for the closure of the Pictou County mill's current effluent treatment facility located near the Pictou Landing First Nation in Boat Harbour.

The mill has not received permission from the province for a proposed effluent facility and pipeline to pump treated effluent into the Northumberland Strait, and as a result it confirmed its 50-year-old operation will be closed, eliminating 300 jobs at the mill and an estimated 2,400 positions in the forestry sector.

Deputy ministers from the departments of lands and forestry, energy, and labour have been named to a transition team that also includes Nova Scotia Community College president Don Bureaux, the executive director of Forest Nova Scotia Jeff Bishop and Elmsdale Lumber Company president Robin Wilber among others.

The premier says the transition team, which will hold its first meeting Jan. 9, will decide how to allocate monies in the provincial fund as well as advise on short an long-term measures for the forestry sector.

In a news release, McNeil said he realizes how critical it is to have industry representatives as part of the team.

"I am grateful these individuals have agreed to work with government to ensure we identify the most effective ways to support the industry in the short term and to provide advice on longer-term options for the future of forestry in our province," said McNeil. "I am confident we will find a path forward that balances economic growth and environmental integrity."

When McNeil announced the $50-million forest industry fund on Dec. 20 he said it would be used for retraining, education and emergency funding for workers in immediate need of help.