'The reopening is coming': Premier says N.S. on target to reopen economy in early June 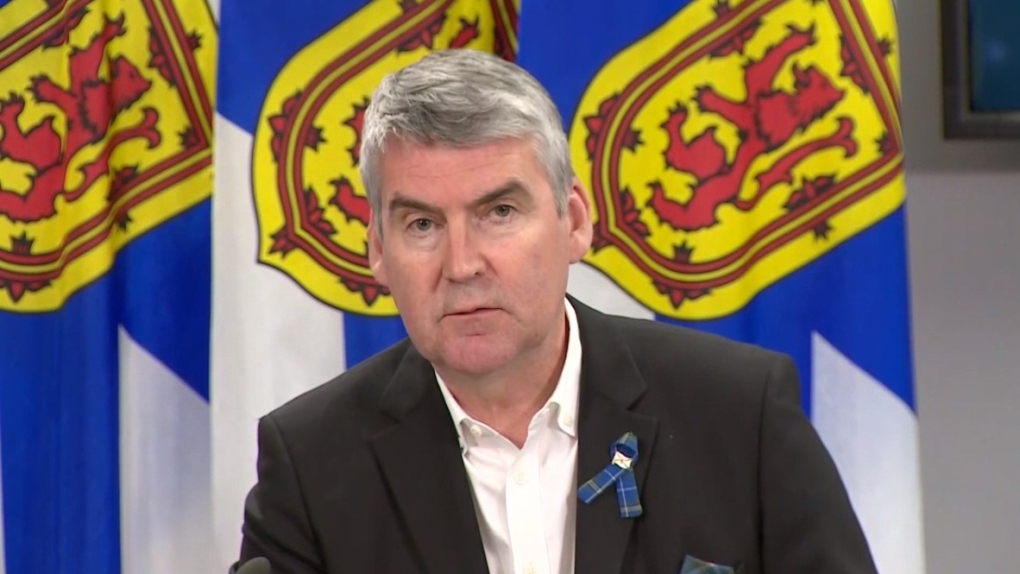 Nova Scotia Premier Stephen McNeil provides an update on COVID-19 during a news conference in Halifax on May 26, 2020.

HALIFAX -- While an official date still has not been set, Nova Scotia Premier Stephen McNeil said Tuesday that the province is still on target to reopen sections of its economy next month.

“Businesses, continue to get ready. The reopening is coming,” said McNeil during a news conference in Halifax.

McNeil said he’s encouraged by the low number of COVID-19 cases reported in the province over the past week. As a result, he expects businesses that were forced to close at the start of the pandemic will be able to open sometime in early June, though an exact date was not given.

Only two new cases of the virus were reported on Tuesday, and most of the province’s 1,052 cases have recovered, though the province did report another death.

“We’re seeing very positive signs around the COVID numbers,” said McNeil. “We’ll continue to watch them, but we will lay out a date when we’re confident enough and feel comfortable enough and we’ll communicate that to businesses, giving them time to be able to respond.”

McNeil said Nova Scotia’s chief medical officer of health, Dr. Robert Strang, continues to work with businesses that were forced to close so they can reopen safely.

He said businesses are building their own reopening strategies, which must adhere to the province’s public health protocols, and Strang will approve those strategies.

“We want to make sure that our employers in this province have the public health protocols in place that when we reopen the economy, they will make a business decision,” said the premier.

“Those of you who have been asked to submit a plan to public health and haven’t yet, get on it. Our follow-ups will continue with you, but we require your plan.”

The province also launched a new website Tuesday, aimed at helping businesses, organizations and services better understand the COVID-19 restrictions and protocols as they develop their reopening plan.

McNeil acknowledged that Nova Scotia is moving more slowly than other provinces, but he expressed concerns about having to close the economy again if there is another spike in cases.

“Other provinces have opened parts of their economy and had to either close up again or delay the rest of their opening plans because their cases of COVID continued to rise,” said the premier.

“The last thing that I want to do in this province is to have to close down our economy again because we rushed the reopening.”

He reiterated that COVID-19 restrictions will remain in place for some time and testing will continue. Public health will be monitoring the reopening, watching for potential outbreaks and hot spots.

“Remember when we said stay the blazes home? We’ve come a long way since then,” said McNeil. “Let’s do our best not to go back.”