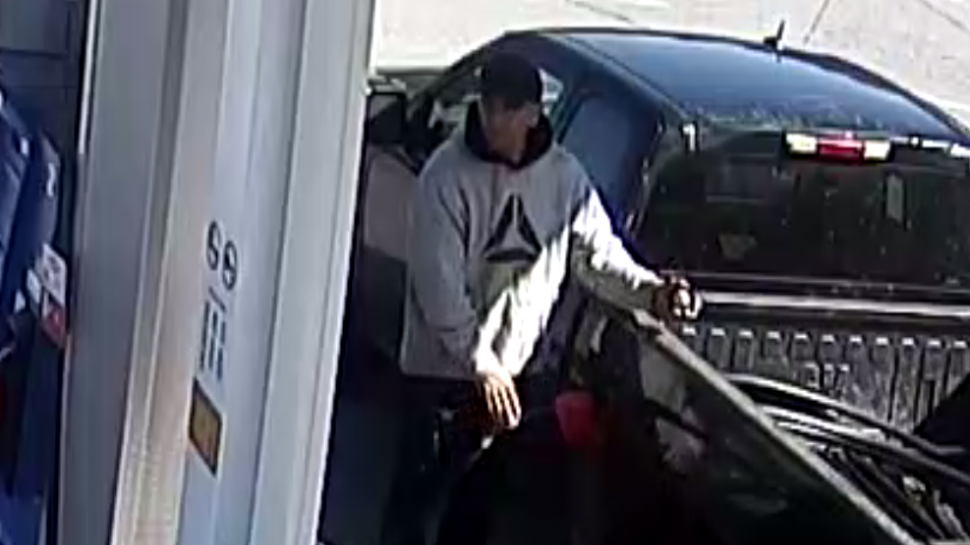 An individual the RCMP says is a person of interest following the theft of gasoline from a business in Rivière-Verte, N.B. (Source: RCMP)

Police are looking for a person of interest after gas was stolen from a station in Rivière-Verte, N.B.

On Sept. 18 around 12:30 p.m., RCMP officers responded to a call about the theft of gas from a business on Davis Road.

The RCMP says a man filled a truck with gas and drove off without paying for it.

Police describe the truck as being a black 2011 GMC Canyon with a New Brunswick licence plate numbered CPX 806 and a vehicle identification number of 1GTE5NF96B8115278.

According to the RCMP, the truck matches the description of a vehicle reported stolen from Saint John on Sept. 11.

The man was reportedly wearing a black hat, a grey Reebok sweater, and black pants. Police are releasing photos of the man in hopes someone can identify him.

The Saint- Léonard RCMP is asking anyone with information about the incident to call them at 506-473-3137.