The roundtable focused on the following themes: governance and leadership, the economy and budget, and policy and promises.

Nova Scotians will head to the polls to vote for a new premier on Aug. 17.

The pandemic and a potential fourth wave were top of mind for all three leaders as the province slowly moves towards recovery and life post-COVID-19.

Rankin said the Liberal's slow and steady approach to reopening, working closely with public health, has been a big part of its success.

"We're not prepared to open up quickly like other provinces that are led by Conservative governments," said Rankin during the roundtable. 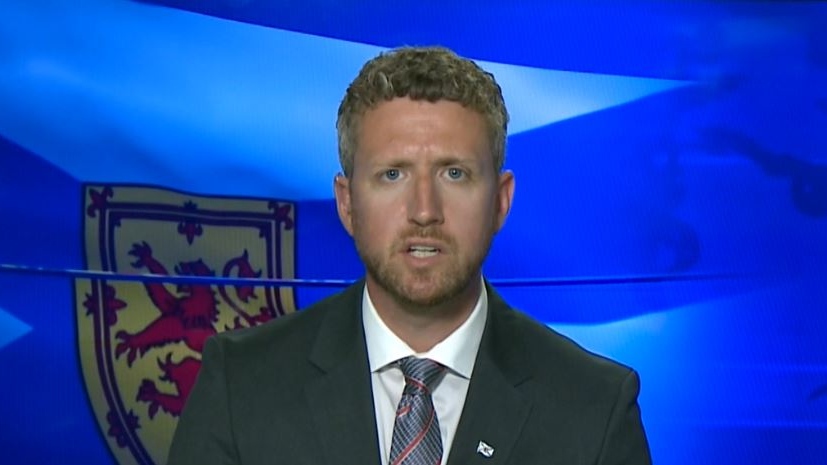 "We're not prepared to open up quickly like other provinces that are led by Conservative governments," Liberal leader Iain Rankin during the roundtable.

He criticized Houston for changing his tune on Nova Scotia's handling of the pandemic, saying, "all the way through the third wave, he's been critical, especially on vaccine rollout."

The Liberals claimed the PC's wanted looser restrictions when Nova Scotia has 75 per cent of first doses.

But Houston said slow and steady isn't the way when it comes to getting shots in arms.

"When we're looking at other jurisdictions that were way, way in front of us in getting vaccines in arms, that's what we wanted for Nova Scotians."

Burrill, when asked about mandating vaccines, said the NDP's approach focuses on education.

"I think one of the consistent themes that we've heard from public health is that education and persuasion are, in general, a better, more constructive path than coercion," he said.

The Liberals have said the pandemic has revealed the shortcomings of long-term care in the province. An outbreak at Northwood, the province's largest facility, led to as many as 53 COVID-19 related deaths.

Houston said the Liberals dropped the ball and "looked the other way three times when Northwood was asking for help."

During the height of the pandemic, Northwood was the epicentre of COVID-19 infections. The non-profit facility had asked the government for financial help in 2017, 2018 and 2019 to deal with staff shortages and resources.

Rankin said the pandemic has highlighted the need to make investments in long-term care, and it became his "number one priority running in the leadership race."

Burrill said that long-term care under an NDP government will allow every resident to have a room and washroom of their own. There will also be adequate staff.

"After all that has been endured and suffered by the 7,000 sum of our people in Nova Scotia who live in nursing homes through the pandemic, surely we owe them to provide this guarantee," said Burrill.

Houston said it's concerning that over 71,000 residents are without family doctors.

"We can fix health care. It's not overnight and it will take an investment.  I will never apologize for the investment that's required," he said. 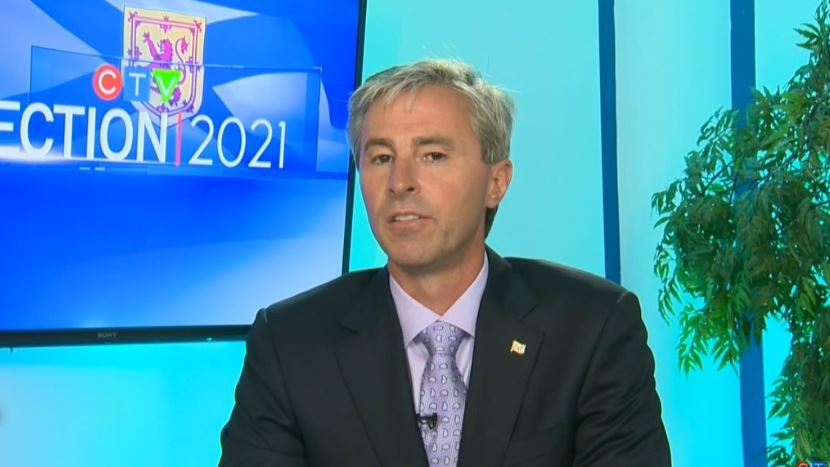 "We can fix health care. It's not overnight and it will take an investment. I will never apologize for the investment that's required," Progressive Conservative leader Tim Houston said

Burrill said health care in Nova Scotia is a challenging and complex issue, but making sure every resident has a family doctor is in "no way impossible."

"There is a path of providing primary care to everyone in Nova Scotia. This is a path that we have seen followed in other jurisdictions," Burrill said.

"The challenge of delivering primary care to this less than a million people in Nova Scotia, is not beyond our capacity to meet."

Rankin said all Nova Scotians will have access to primary care, though it doesn't necessarily mean it will be delivered in the same model as before the pandemic.

He said it could be delivered through collaborative care -- by a nurse practitioner or virtually.

"There's been more modernization in the last year in health care than there has been in decades," Rankin said.

"The model has changed. We no longer have a family doctor that takes on 5,000 patients."

All three parties say they plan to continue to run deficits, and the question is often how quickly can the province balance the books.

Burrill said the Liberal's plan to reduce the deficit by cutting $209 million from the budget over the next four years is "fiscal folly."

"That would make us the only province in all of Canada that has a timeline for deficit reduction that is this compressed. Everywhere else is six, seven, eight years," Burrill said.

"It will constrict our economy, it will choke off our recovery, and that is why no other province is doing it."

Rankin said he plans to reduce the budget by $209 million each year for the next four years through a program review, though he said the Liberals are "not prepared to cut services."

"We will slow the growth of spending. This is not the time to be opportunistic and try to say that you're going to spend your way out of this," Rankin said.

He said there's a reason why Nova Scotia wasn't one of the provinces that needed to borrow during the pandemic to help residents.

"We were prudent with our spending leading into the pandemic," he said.

Despite a pledge to increase access to health care, Houston said the PCs are not considering a tax hike to cover costs.

Rent control was brought in during the pandemic, but while COVID-19 infections are waning, the rental housing problem has not changed.

Rankin said the province needs to make sure there is more supply on the market.

"I'm in the middle on this issue. I know there are philosophical reasons why the NDP are pro rent control and the Conservatives are against rent control. It was a tool during the pandemic. We had very low vacancy rates because people wanted to move to Nova Scotia," he said.

Rankin said the province needs to invest in supply by providing funding to the non-profit sector and incentivizing developers to build affordable units.

Burrill said the need for rent control is not philosophical, it's about human compassion. 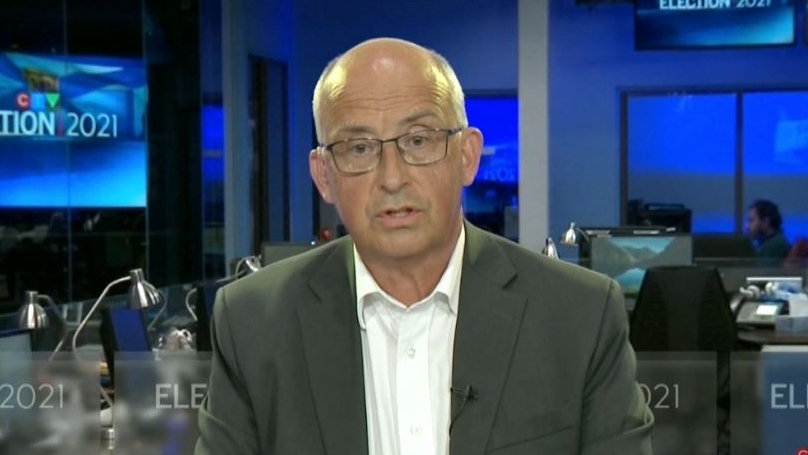 NDP leader Gary Burrill said the need for rent control is not philosophical, it's about human compassion.

"I think it reflects very poorly on the thinking of Mr. Rankin and Mr. Houston that they don't see the situation," Burrill said.

"To achieve this, we need to truly demand better from our leaders," he said.

He said a government under his leadership will "listen to you, will respect you, and will do everything in our power to ensure that you can access health care and that life is affordable for you."

Rankin said the Liberal's platform focuses on optimism and he looks to the future.

"We have a plan to move the economy forward. Our plan is costed, affordable and fact-based," Rankin said.

"I'm so excited about the future of this province, and for all of us, our kids, and the next generation, but there's still more work to do to reach our full potential."

Burrill said there is so much at stake in the upcoming election and under an NDP government, permanent rent control will be implemented.

He said the NDP would do away with $150 ambulance bills and the minimum wage would start at $15.

"If not, we will continue to be the province with the lowest median income in the country," he said.

"Your vote in this election has the power to get us to something better."