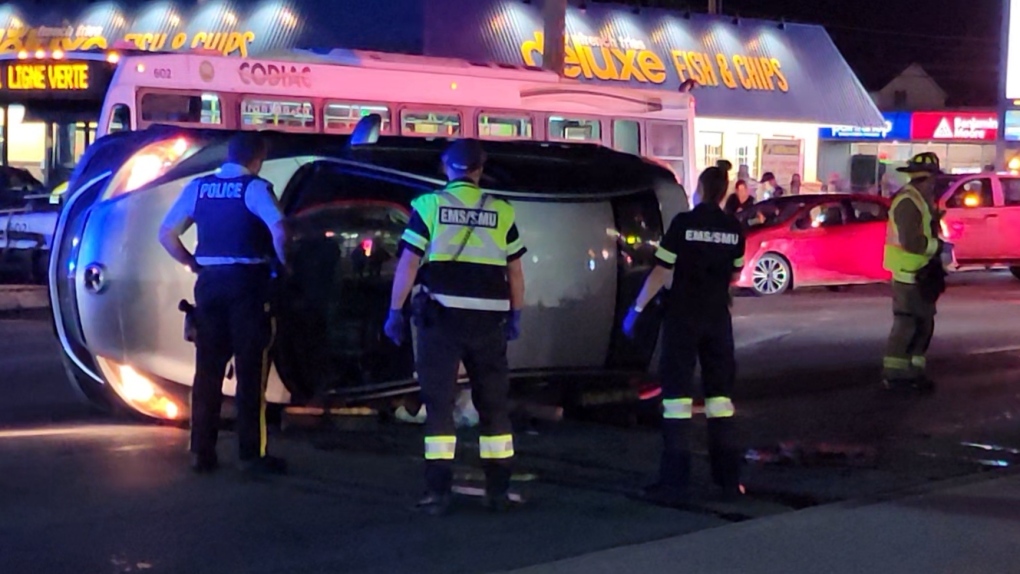 Upon arrival, crews determined one car had rear-ended a transit bus, while another vehicle had rolled onto its side in the middle of the street. (Photo courtesy: Wade Perry)
HALIFAX -

Around 8:30 p.m., members with Dieppe Fire, RCMP, and Ambulance New Brunswick responded to reports of a collision on the 400 block of Paul Street.

Upon arrival, emergency crews determined one car had rear-ended a transit bus, while another vehicle had rolled onto its side in the middle of the street.

According to the Dieppe Fire Department, nobody was seriously injured.

The investigation into the crash is ongoing.