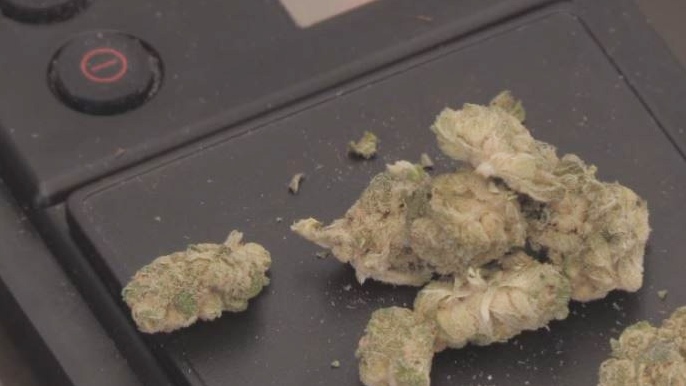 Cannabis customers across the Maritimes are complaining about the weight of the weed they're purchasing from government-run stores.

Marijuana users across the Maritimes are raising concerns about the weight of the weed they’re purchasing from government-run cannabis stores.

Adam Roop recently purchased some marijuana from an NSLC Cannabis store and says each product was labelled as one gram in weight.

However, when he weighed the products, they weren’t exactly as advertised.

Of the four products, two were underweight, one was overweight, and one was exactly a gram.

“Not everybody can afford to whip out thousands of dollars to purchase what is not exactly the net weight on the product, right?” says Roop.

Since recreational cannabis was legalized on Oct. 17, some users have turned to social media to share posts and videos showing their underweight weed purchased from the government-run stores.

Former pot dispensary owner Heidi Chartrand says she has seen the same issue with products from licensed producers before, which is why she would always use a scale at her business.

“The fresh cannabis buds were always weighed and the scale was always available in front of the patient, it was getting weighed in front of, so there were no surprises,” says Chartrand.

The NSLC says its licensed producers are in charge of packaging, and Health Canada allows for a variance in weight within a certain range. The NSLC also says any customer who is unhappy with their product can return it in its original packaging for a refund or an exchange.

Cannabis NB and PEI Cannabis say they have received similar complaints from their customers, but also point to licensed producers when it comes to packaging. Cannabis NB didn’t specify whether customers can return their product, but PEI Cannabis confirmed it doesn’t accept returns.

Organigram, a licensed cannabis producer based out of New Brunswick, says the issue may not be the weighing of the product, but may actually be related to moisture, which can cause evaporation.

“It’s a plant, and over time moisture loss happens, and that has an influence on weighting as well,” explains Ray Gracewood, chief commercial officer for Organigram. “So we find that over time, moisture loss can occur in the package as well.”

Roop thinks the label should inform customers there may be less cannabis inside than advertised. Organigram says Health Canada doesn’t require that information on the packaging.