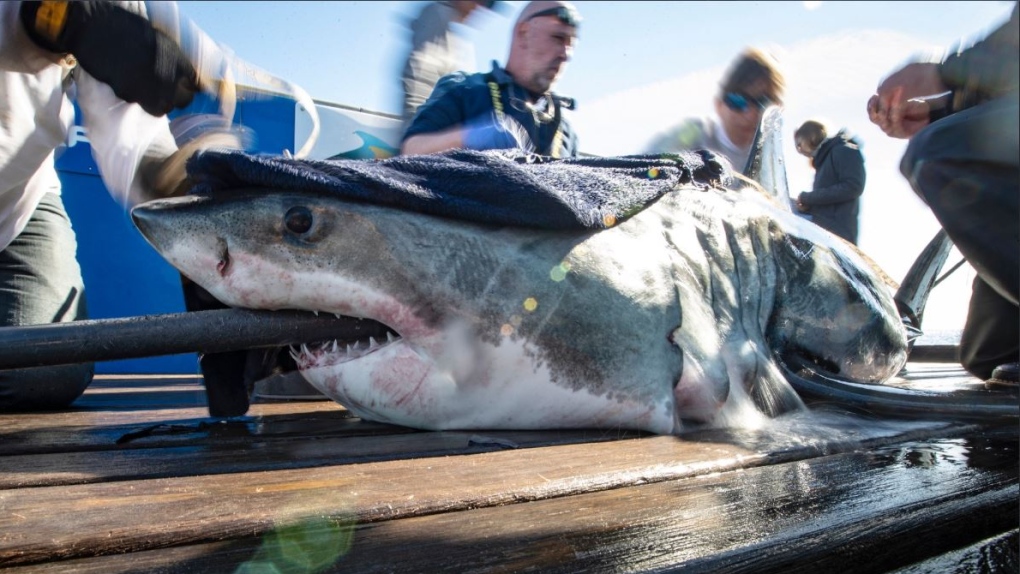 From a young age, Vanessa Schiliro has been a self-proclaimed “shark nerd.”

“I’ve always been drawn to things that are mysterious and powerful, like the great white shark,” said Schiliro.

Now, the marine biology student at Dalhousie University in Halifax is educating people about the world's largest predatory fish as they migrate north to feed this summer.

“We have an abundant population of grey and harbour seals, which is some of their favourite foods,” said Schiliro.

She says sharks typically come to Atlantic Canada from July to November.

There has been an increase in sightings in recent years, making some Maritimers nervous to get in the water.

In response, Schiliro has released a “shark-smart” video and infographic, which offer tips on how to avoid an encounter, and what to do if you do spot a shark in the water.

What You Should Know About Great White Sharks in Nova Scotia from Vanessa S on Vimeo.

“It would be logical to avoid areas where there are known seal colonies, or if you observe an area where there seems to be a large group of seals. I would use that to inform my judgment.”

Other places to avoid swimming, she says, are fishing areas or spots where animal remains might be.

“Staying near shore is a good idea,” she said. “If something does happen, you’ll be quicker to gain assistance, and if you do spot a shark, you’ll be able to get out of the water much easier.”

But beach bums worry not -- Schiliro says shark activity there is less likely.

It also comes down to being situationally aware.

“The problem is not the shark that you see. It’s the shark you don’t see.”

In the rare event you do encounter a shark, Schiliro says try and remain calm.

“Anytime someone begins to panic, it takes away from our ability to react in a way that is mindful,” she said. “Avoid stimulating the shark further.”

“Anything like excessive splashing or yelling can mimic the behaviour of scared prey. And ultimately, you don’t want to act like prey.”

“You want to keep your eyes on the shark, let it know that you see it. And that will help you as well to just stay in control of the situation.”

But if you have nothing on hand and the shark is closing in, Schiliro says avoid hitting the animal’s nose, and instead go for more sensitive areas, like the eyes or gills.

And while many people think of sharks as “blood-thirsty, mindless creatures,” Schiliro says those perceptions are wrong.

“I think unfortunately, that social perception has been shaped by … movies like ‘Jaws’ or media headlines."

“In reality, there are a lot more things humans consciously engage with everyday that, you know, pose more of a threat than sharks.”

Ukrainian President Volodymyr Zelenskyy is due to host the UN chief and Turkey's leader Thursday for talks on the recent deal to resume Ukraine's grain exports, the volatile situation at a Russian-occupied nuclear power plant and efforts to help end the nearly six-month-old war.