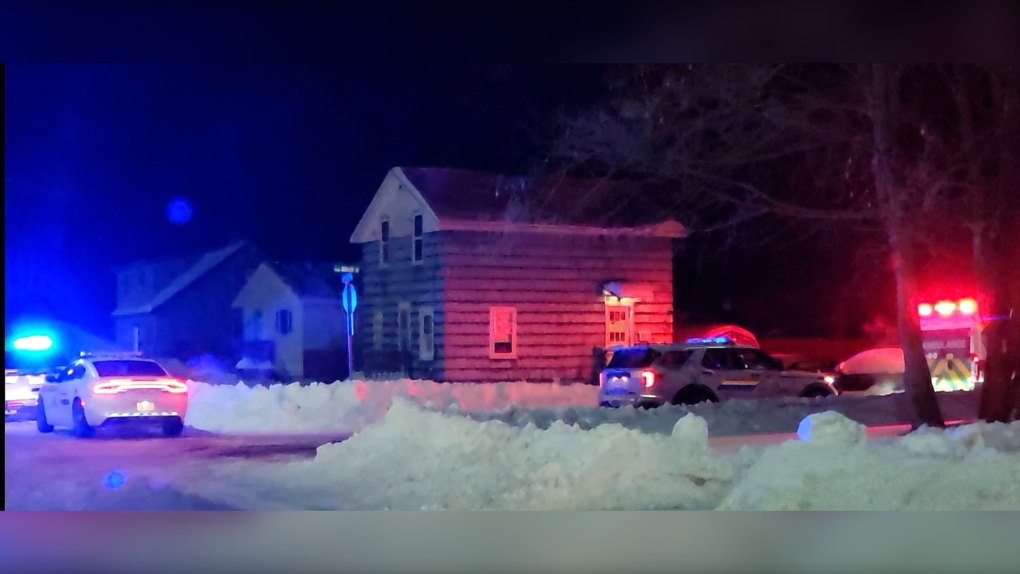 Police respond to a home in Moncton, N.B., where a woman was found unresponsive Tuesday. (Source: @wadeperry1969/Twitter)

The RCMP in Moncton, N.B., is investigating the death of a 39-year-old woman.

Officers were called to a home on Churchill Street after 9 p.m. Tuesday.

The force says a woman was found unresponsive by her partner.

Police can’t say whether the death was suspicious, but officers were still on the scene Wednesday morning. They say they’ll be there until a cause of death is determined.

An autopsy is set for either Wednesday or Thursday.

'COVID is not done,' Canadian infectious disease expert says ahead of WHO announcement

While RSV and flu cases steadily decline in Canada, the World Health Organization is set to announce on Monday whether it still considers COVID-19 a global health emergency, but one infectious disease specialist says we still need to keep an eye on the coronavirus.

YouTube superstar MrBeast is making the world clearer -- for at least 1,000 people. The content creator's latest stunt is paying for cataract removal for 1,000 people who were blind or near-blind but could not afford the surgery.

Actor Annie Wersching, best known for playing FBI agent Renee Walker in the series '24' and providing the voice for Tess in the video game 'The Last of Us' has died. She was 45.

On a bleak, windswept hillside in northeast Ukraine, three young boys recently discovered a cell phone signal, something difficult to find in their region since Russia invaded their country. and they've set up a makeshift school around the signal.

A Russian teenager must wear an ankle bracelet while she is under house arrest after she was charged over social media posts that authorities say discredit the Russian army and justify terrorism.

Roughly one in 200 babies born in Canada today will have congenital cytomegalovirus, a virus that can lead to hearing loss, intellectual disability or vision loss. But with only two provinces screening newborns for CMV, one father is asking other health-care systems to do more.

An emotional ceremony took place today marking the sixth anniversary of the Quebec City mosque shooting, held for the first time in the same room where many of the victims were killed. Six men died that night: Mamadou Tanou Barry, Ibrahima Barry, Khaled Belkacemi, Abdelkrim Hassane, Azzeddine Soufiane and Aboubaker Thabti were gunned down not long after evening prayers at the suburban Quebec City mosque.