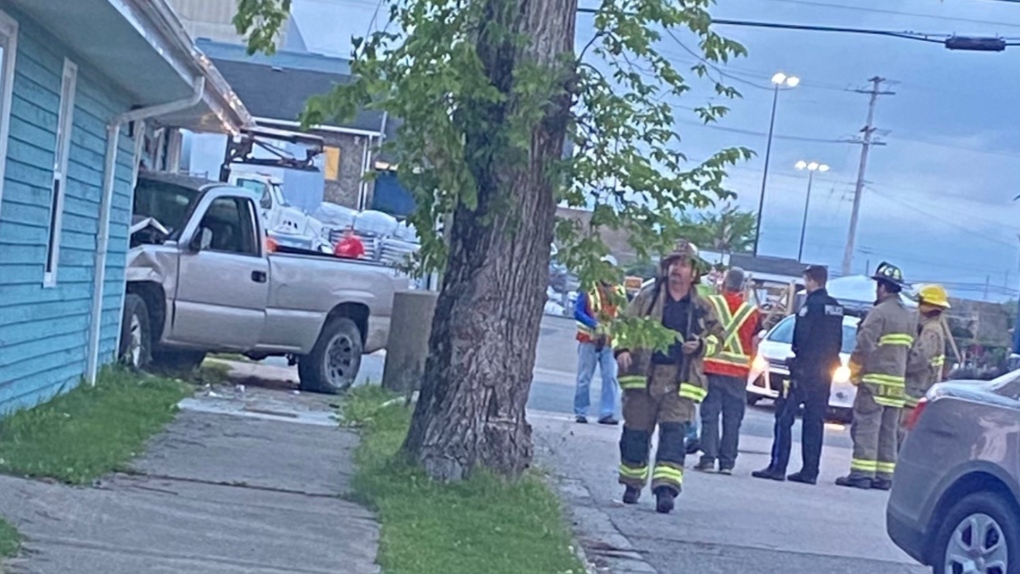 A woman has been charged with impaired driving after she allegedly crashed a vehicle into a building in Sydney, N.S., and left the scene.

Cape Breton Regional Police responded to reports that a vehicle had struck a building on Hugh Street Tuesday night.

When officers arrived, they found a 2007 Chevrolet Silverado with extensive damage to its front end. The building was also damaged, but no one was injured.

Police say the owner of the truck attended the scene and reported the vehicle had been taken without permission.

After receiving descriptions of the driver and passenger from the public, police found the woman and man in two separate sections of George Street.

Bonnie Jean Hines has been charged with:

Andrew Scott Hennick has been charged with:

Hines and Hennick appeared in Sydney provincial court Wednesday and were remanded into custody.