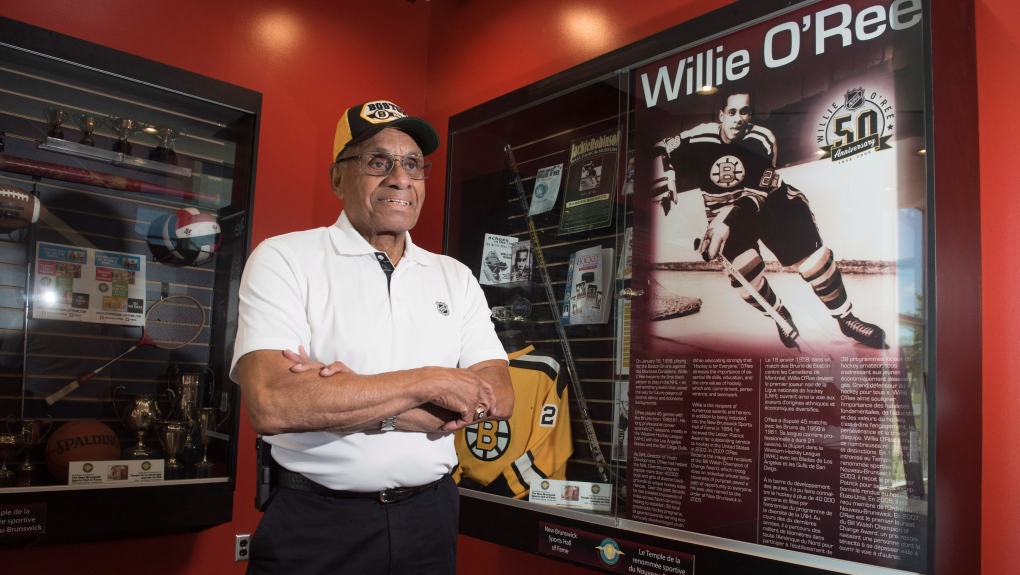 Willie O'Ree, known best for being the first black player in the National Hockey League, is shown in Willie O'Ree Place in Fredericton, N.B., on June 22, 2017. THE CANADIAN PRESS/Stephen MacGillivray

O’Ree, who grew up in Fredericton, became the first Black person to play in the NHL in 1958, breaking the league’s colour barrier during his debut with the Boston Bruins.

Now, the team will retire O’Ree’s number 22 jersey and honour his Hockey Hall of Fame career at 8 p.m. AT tonight, prior to their game against the Carolina Hurricanes. O’Ree plans to participate virtually from his home in San Diego.

O’Ree’s is the 12th number the Boston Bruins will have retired in the history of the franchise, which has been in existence since 1924.

Fredericton has postponed its retirement ceremony and flag raising event due to current provincial COVID-19 restrictions. A new date has yet to be chosen.

The decision by police to wait before confronting the gunman at Robb Elementary School in Uvalde was a failure with catastrophic consequences, experts say. When it was all over 19 students and two teachers were dead.

Indigenous B.C. filmmaker says he was refused entry on Cannes red carpet for his moccasins

A Dene filmmaker based in Vancouver says he was "disappointed" and "close to tears" when security at the Cannes Film Festival blocked him from walking the red carpet while dressed in a pair of moccasins.

Riot police fired tear gas and pepper spray at Liverpool supporters forced to endure lengthy waits to get into the Champions League final amid logistical chaos and an attempt by UEFA and French authorities to blame overcrowding at turnstiles on people trying to access the stadium with fake tickets on Saturday.