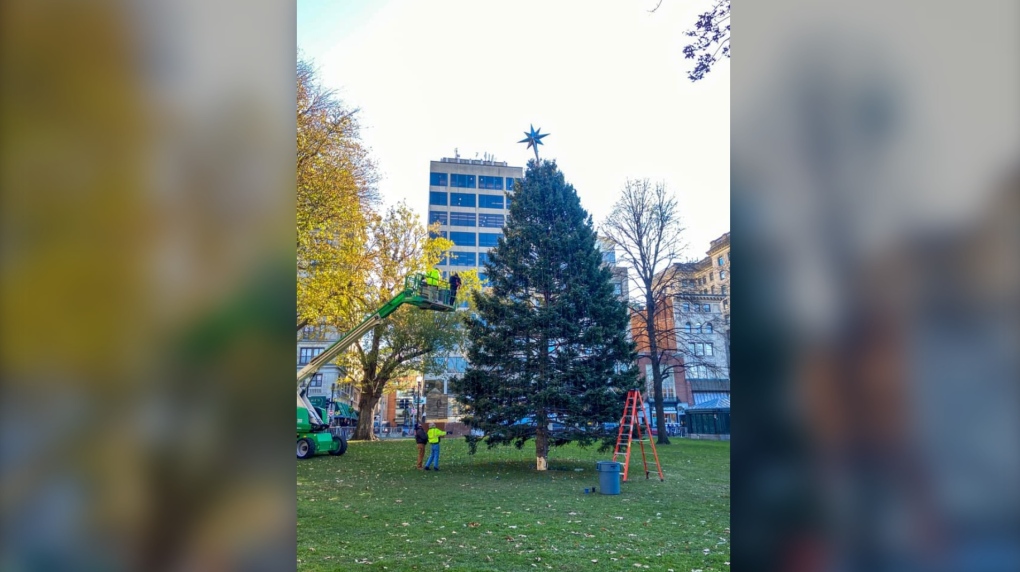 This year's tree, a 60-year-old, 48-foot white spruce, was donated by L'Arche Cape Breton – a non-profit organization in Orangedale, N.S., that creates safe, supportive homes and meaningful work for people with disabilities.

"Nova Scotia will never forget the generosity shown by the City of Boston after the Halifax Explosion, and to say thank you, we send the annual gift of a beautiful Christmas tree," said Premier Tim Houston. "Nova Scotia has had a strong relationship with Massachusetts for hundreds of years, cementing dependable ties along the way. We are not only proud to share this history, but also our business exports, our creative industries and our remarkable landmarks with our United States neighbours."

The tradition of sending a tree to Boston began after the Halifax Explosion on Dec. 6, 1917 – when the Norwegian vessel SS Imo collided with the SS Mont-Blanc, a French cargo ship laden with explosives, in Halifax Harbour.

The city of Massachusetts sent relief following the disaster, something Nova Scotia has been thanking them for ever since.

"The generous and selfless response offered by the people of Boston to the citizens of Halifax in the wake of the horror of the Halifax Explosion will never be forgotten," said Rodger Cuzner, Consul General of Canada in Boston. "This year marks the 50th anniversary of this sincere gesture of thanks from the people of Nova Scotia to the City of Boston, and the fabulous 48-foot white spruce, donated by the wonderful community of L'Arche Cape Breton, is every bit worthy for this occasion."

The tree lighting ceremony will be broadcasted to more than 200,000 viewers and attracts 20,000 people to Boston Common.

The event kicks off at 8 p.m. AST Thursday.