Campbellton region will rejoin rest of N.B. in same recovery phase this Friday; no new cases 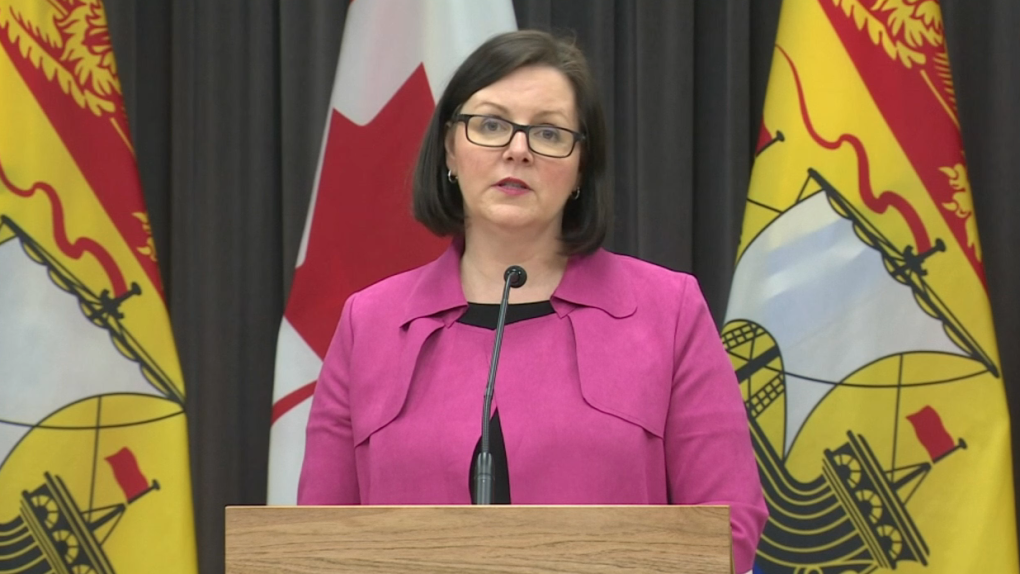 HALIFAX -- There are no new new cases of COVID-19 in New Brunswick and the Campbellton region will join the rest of the province in the same recovery phase on Friday.

Four people have recovered and the number of active cases in the provinces has dropped to 16, the province announced at a news conference on Wednesday afternoon. There are two people in hospital and one of them is in intensive care.

"Until a vaccine or other reliable treatment is established, we will continue to see new cases in New Brunswick," said Dr. Jennifer Russell, the province's chief medical officer of health. "And based on how we've managed the outbreaks so far that we've seen, I am confident with the approach that we've used, that we can continue to manage these outbreaks as they emerge."

Dr. Russell also provided an update on the province's latest case, a person in their 50s in the Moncton region.

"And that is a travel-related case, where they travelled from outside the province," Dr. Russell said. "They were self-isolating at the time and there aren't actually any close contacts with that individual. So that's a good news story in the sense that the self-isolation piece is working in that situation."

The Campbellton region, otherwise known as Zone 5, got some more good news as the province has given it the green light to move ahead to the yellow phase of recovery. The region was in that phase until an outbreak that started in late May.

Higgs says that's because he's pleased to see fewer cases in that region -
So, starting on Friday, Campbellton and area can expand their bubble (the first time since the end of May).

Premier Blaine Higgs said that border staff have seen a big increase in travellers since last Friday, when the province announced that Canadian residents could come to New Brunswick to visit family members or to stay at properties they own, as long as they self-isolate for 14 days.

"That policy will remain in place for Canadians from outside the Atlantic provinces," Higgs said, noting that the Atlantic tourism bubble announced on Wednesday will not change the rules from anyone outside Atlantic Canada.

Higgs said personal vehicle traffic was "up 52 per cent, compared to the average count since March 25."

Higgs said a total of 3,441 personal vehicles and 3,794 commercial vehicles approached the border on Monday alone.

"We have the staff we need to address this increased volume," Higgs said. "We will continue to ensure officers are in place to conduct screening, while also taking steps to improve traffic flow and move transport trucks through the screening process faster than personal vehicles are."