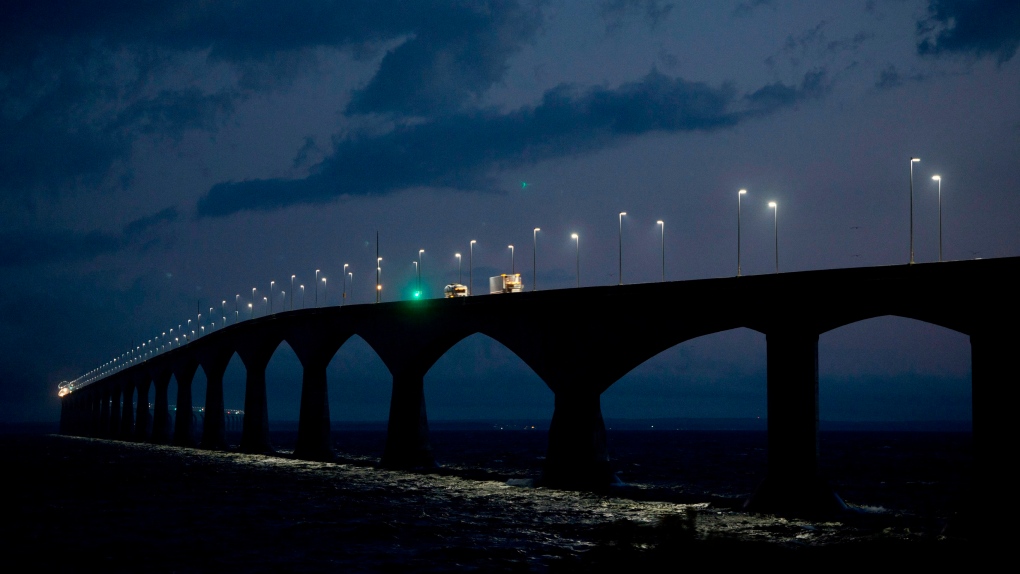 FREDERICTON -- A Canadian snowbird who drove from Florida to Prince Edward Island says he now finds himself living in his car after being turned away by officials at the Confederation Bridge because of COVID-19 restrictions.

Barry Humberstone has owned a home in Northport, P.E.I., for less than a year, after moving there from Georgetown, Ont., but has spent the last six months in Florida with his American girlfriend, Michelle Williamson.

Humberstone said he was denied entry to the Island on Tuesday because his driver's licence and car registration are still from Ontario -- something he admits he should have changed sooner.

"They won't let me go to my principal residence because of that, when I have a truck sitting in the garage in P.E.I. with P.E.I. plates. I had a copy of the registration, and a copy of my taxes I've paid on the property," he said.

Humberstone, 60, said he was told the documents were not proof he lives on P.E.I. full-time.

He said the home on the Island is his principal residence, not a cottage, and he sold his home in Ontario two years ago.

"Now I can't even work because my tools are in my truck. I've got no winter clothes because all my clothes are in the house," he said.

Humberstone, who describes himself as a semi-retired home builder, said he is now driving to Ontario because he has family there, but wants to return to the Island.

Humberstone said he and his girlfriend, who remains in Port St. Lucie, Fla., contacted the premier's office but were not able to get a prompt reply.

Steven Myers, P.E.I. transportation minister, said Wednesday afternoon that 36 people have been turned away at the bridge so far -- most because of a lack of documentation.

"Many of the people who have been turned away come with very little documentation that we're looking for, and very little proof of where they are going, why they are coming here, and who is going to help them while they self-isolate," he said.

"They would have to be able to present to us their self-isolation plan, and show they have supports in place and contact information for those people," Myers said.

The minister said the border restrictions have been helpful in containing the number of COVID-19 cases to just 26 on the Island so far.

Humberstone said he wants to be home where he can be protected from contracting COVID-19, and can't return to the United States to be with his girlfriend because his six month stay was up.