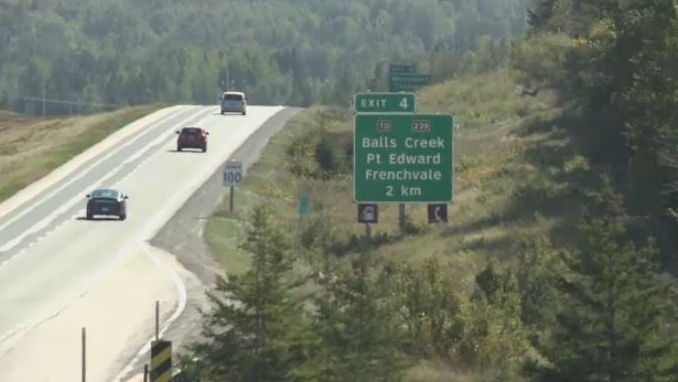 One woman died following a collision in the Leitches Creek area of Cape Breton in September 2019.

HALIFAX -- A Cape Breton man is facing a number of impaired-driving charges in connection with a collision that left one woman dead and four children injured in September.

Police and emergency crews responded to the scene on Highway 125 in Leitches Creek, N.S., just after 7 p.m. on Sept. 20.

Police say a vehicle had left the highway, rolled, and ended up in the ditch.

A female passenger was ejected from the vehicle and taken to hospital with serious injuries. She died five days later.

One child sustained moderate injuries, while three others sustained minor injuries. They were taken to hospital and released the following morning.

The driver also sustained minor injuries and was released from hospital the next morning.

The 27-year-old North Sydney, N.S., man was arrested on Tuesday and remanded into custody.

Adam Fraser is facing charges of:

Fraser is due to appear in Sydney provincial court on Nov. 14.