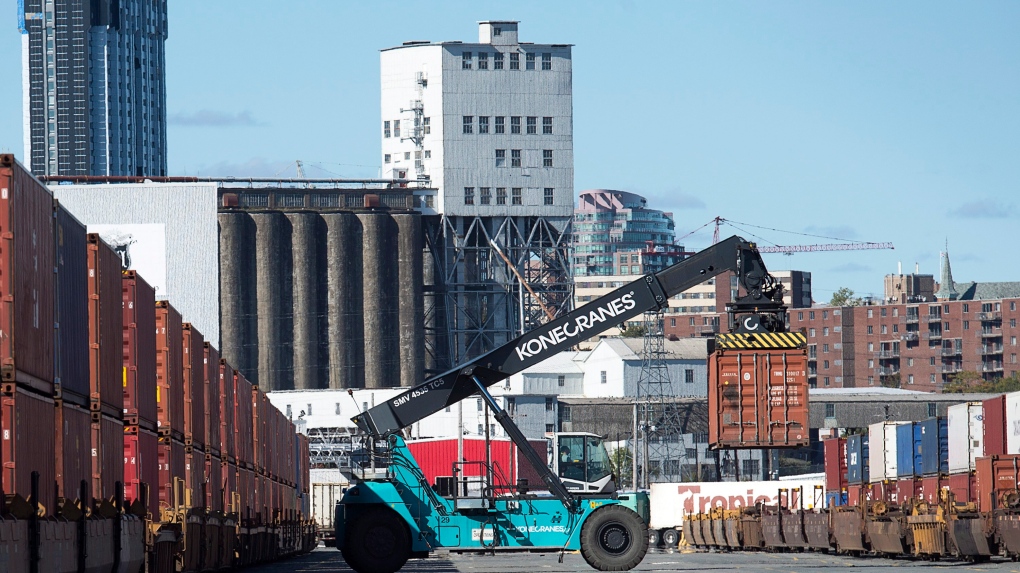 Shipping containers are moved at the Halterm Container Terminal in Halifax on Friday, Oct. 19, 2018. (THE CANADIAN PRESS/Andrew Vaughan)

HALIFAX -- The Public Health Agency of Canada says a cargo ship travelling from Germany has been denied entry to the Port of Halifax because several crew members have symptoms of COVID-19.

The Siem Cicero is carrying a shipment of cars, which is considered non-essential.

In a statement, the health agency says it was notified about the condition of some crew members on March 17 and the vessel was denied entry to the port under the federal Quarantine Act.

It says the move was made to protect the health of Canadians and to prevent supply chain disruptions at the Port of Halifax.

The health agency says it is continuing to monitor the situation and has advised the ship and its shipping agent that the vessel won't be granted entry to the port until 14 days after the last date symptoms appeared in the crew.

According to the Siem Car Carriers website, the Siem Cicero is a Liberian flagged vessel that can carry 7,000 vehicles.

Bank charges mom $30,000 mortgage penalty after being forced to sell home because of pandemic

Ontario unveils new COVID-19 testing strategy. Here's what we know about the plan

Here are the COVID-19 testing centres in Toronto

Get The COVID-19 Brief sent to your inbox