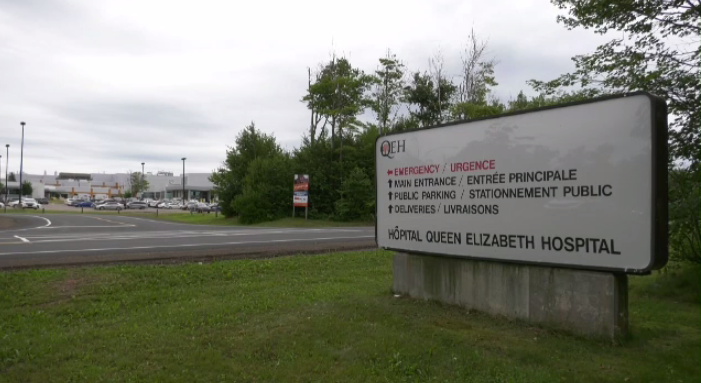 A hospital in Charlottetown, P.E.I., has responded to several carbon monoxide poisonings in relation to an outside generator.

The Island’s health authority says the Queen Elizabeth Hospital activated its Code Orange protocol Tuesday evening and declared the call over around 7:20 p.m.

Code Orange is typically used to describe a situation that may result in a surge of patients.

Health PEI had asked only people with urgent or critical issues to go to the emergency department at this time.

A former employee of Quebec's power utility who is charged with spying on behalf of China was granted bail Monday while he awaits trial.

After a surge of RSV cases among children overwhelmed hospitals across Canada in recent weeks, one infectious disease specialist explains how the respiratory virus can affect vulnerable adults.

The white gunman who massacred 10 Black shoppers and workers at a Buffalo supermarket pleaded guilty Monday to murder and hate-motivated terrorism charges, guarantying he will spend the rest of his life in prison.

The world's largest active volcano spewed some ash and lava Monday and officials warned residents of Hawaii's Big Island to prepare for the possibility of a larger eruption.

Wouldn't it be nice to never have to work again? While this may sound like a dream to many, it is entirely possible. CTVNews.ca personal finance contributor Christopher Liew shares a handful of helpful tips on how to potentially achieve financial independence.

An Iranian general on Monday acknowledged that more than 300 people have been killed in the unrest surrounding nationwide protests, giving the first official word on casualties in two months.

Why organ donations are declining and how governments are reacting

Ontario and Nunavut opted into new legislation by the federal government hoping to increase organ donations as hundreds of patients die while on the waitlist each year.