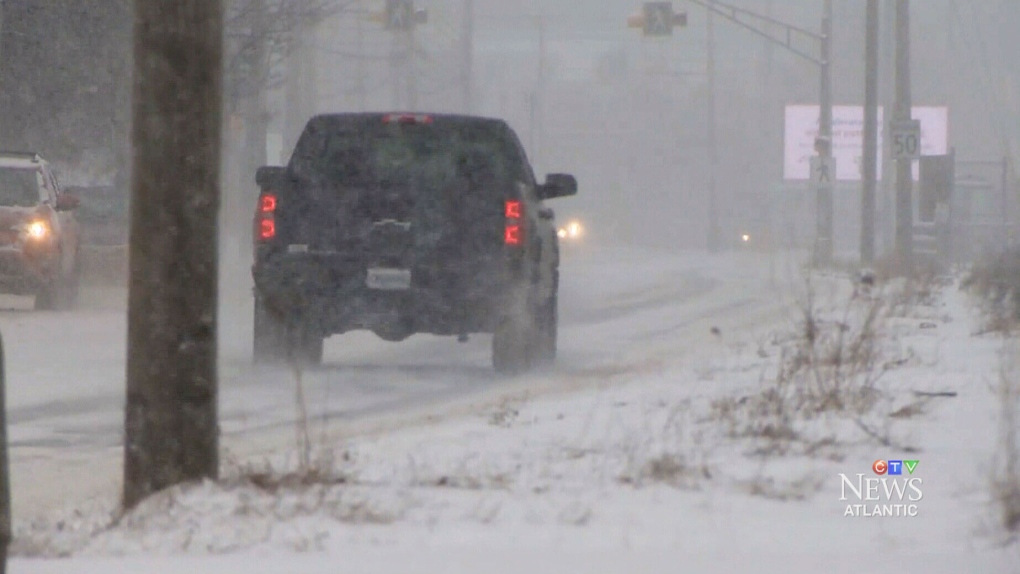 The snow is set to arrive in the southwest of Nova Scotia and New Brunswick between 5 and 8 a.m. Thursday. From there, the snow will develop across Nova Scotia, southern New Brunswick and into Prince Edward Island in the morning through the afternoon.

As the system moves past, it will bring snow to the Maritimes with the heaviest most likely for southwestern Nova Scotia and near the Atlantic coastline of that province.

The snow is set to arrive in the southwest of Nova Scotia and New Brunswick between 5 and 8 a.m. Thursday. From there, the snow will develop across Nova Scotia, southern New Brunswick and into Prince Edward Island in the morning through the afternoon.

The snow will be ongoing into Thursday evening before easing to flurries. Snow squalls may develop behind the passage of the low for parts of P.E.I. and eastern Nova Scotia by Friday morning. 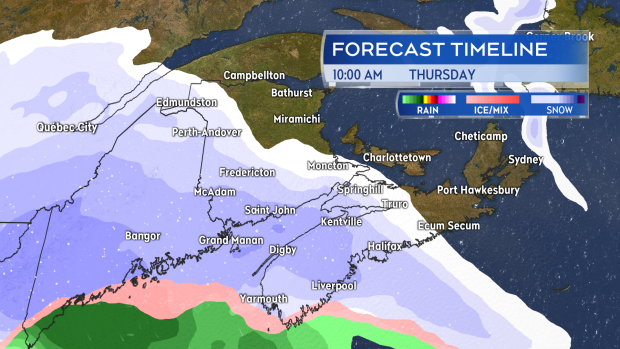 Snow builds into the Maritimes Thursday morning through afternoon.

As with all weather systems that take this type of path past the Maritimes, exactly how close it comes in to the coastline of Nova Scotia will dictate how much snow is seen. If it's farther out over Atlantic Ocean, most of the snow will fall offshore. If it's closer to the coastline, snowfall amounts of 10, 15, and even 20-plus centimetres become more widespread.

As of Tuesday, it looks like the areas with the best chance of seeing snow exceed 15 cm are Yarmouth, Shelburne, and Queens Counties in Nova Scotia. It is also possible that these areas will instead see a mix of ice pellets and rain, which will reduce overall snowfall amounts. 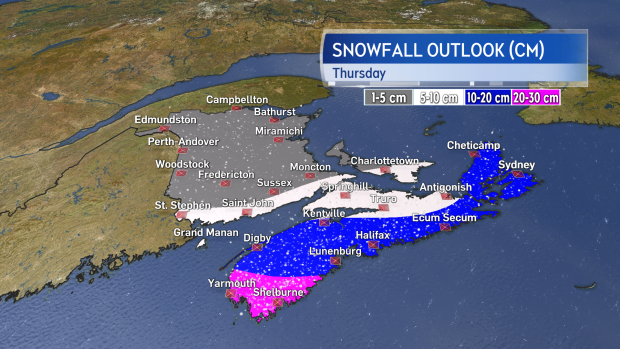 As of Tuesday evening, it looks like the most snow will fall in Nova Scotia, particularly towards the southwest. There is still time to see change in the forecast for snow amounts as the system is still currently developing in the United States.

Gusty winds will accompany the snow. Those will build from the north and northeast through the day on Thursday peaking in the afternoon and evening in the range of 40 to 70 km/h with the strongest on the Atlantic coastline of Nova Scotia. Gusty northwest winds will be present on Friday again 40 to 70 km/h except 70 to 90 km/h for Cape Breton.

While below warning criteria, the winds will be capable of producing blowing and drifting snow and reducing visibility. 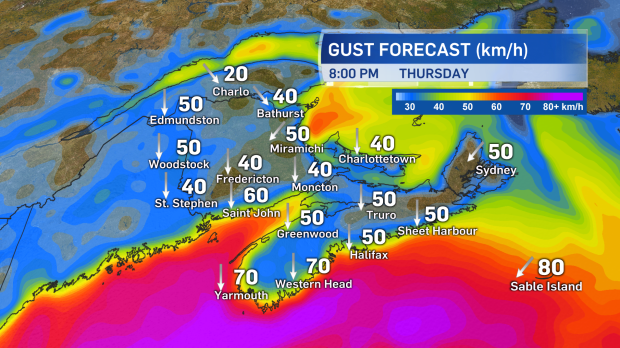 Winds will increase through Thursday. Gusts will be high enough to create areas of blowing and drifting snow.

The primary impact looks to be travel on the roads in Nova Scotia on Thursday. This is particularly the case mid-morning through mid-evening as that is the period when the bulk of the snow will come down. Delays/restrictions should also be watched for at other transportation services such as ferries, airports, and bridges.

A special weather statement is in effect for Nova Scotia, P.E.I., and parts of southern New Brunswick. Given the system is still more than a day away, it would be a good idea to check for forecast updates on Wednesday morning and evening.

I'll have updates from the CTV Weather Centre on our Noon, 5, 6, and 11:30 PM news programs as well as online at atlantic.ctvnews.ca.