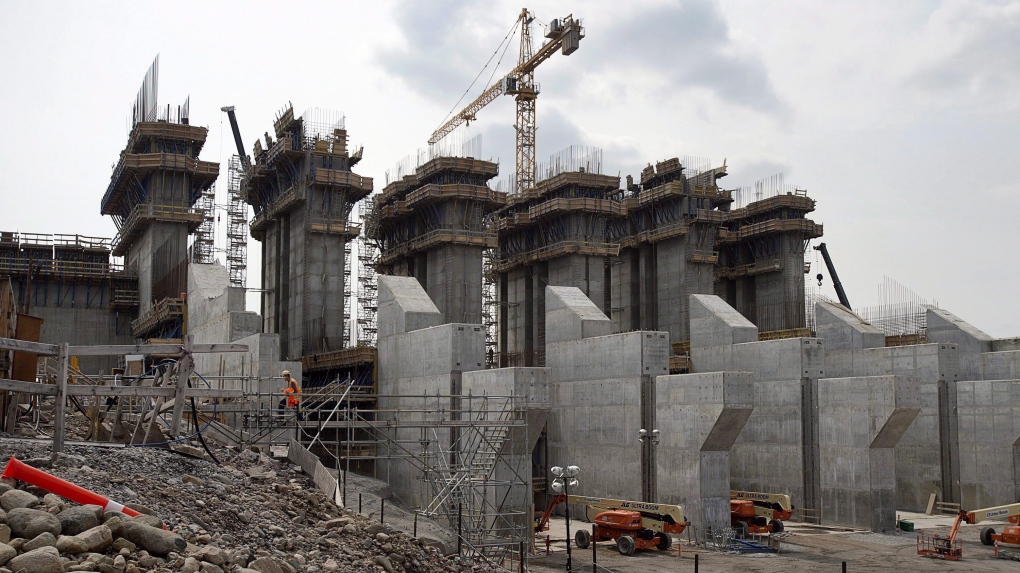 The construction site of the hydroelectric facility at Muskrat Falls, Newfoundland and Labrador is seen on July 14, 2015. (THE CANADIAN PRESS/Andrew Vaughan)

ST. JOHN'S, N.L. -- Delays related to software problems and to the COVID-19 pandemic are pushing up the cost of the Muskrat Falls hydroelectric project by hundreds of millions of dollars.

Province-owned Nalcor Energy said today in a news release the project needs another $75 million in capital due to pandemic-related days.

Nalcor adds that because of those delays and of issues with software, the company has to pay roughly $300 million in additional debt-financing costs.

The company says COVID-19-related costs to the project were around $150 million, half of which was covered with funds in the capital budget.

Nalcor announced last week Muskrat Falls had reached a milestone after electricity began flowing for the first time from a power-generating unit.

The company says it will take roughly one more year than anticipated for the project to achieve full power.

This report by The Canadian Press was first published on Sept. 28, 2020.