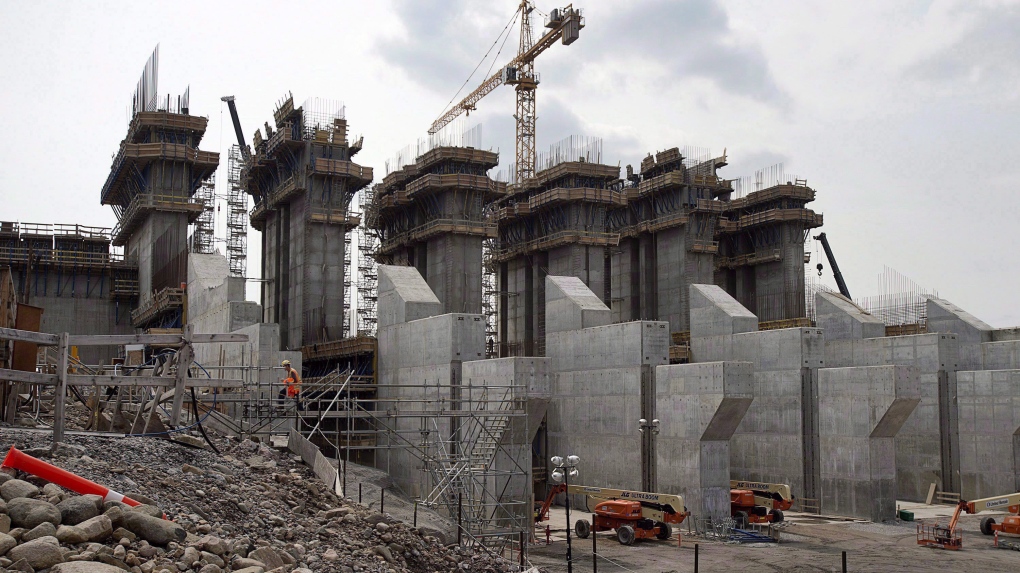 The construction site of the hydroelectric facility at Muskrat Falls, Newfoundland and Labrador is seen on July 14, 2015. (Andrew Vaughan / The Canadian Press)

ST. JOHN'S, N.L. -- Crown-owned utility Nalcor Energy says a milestone has been reached after electricity began flowing for the first time from the Muskrat Falls hydroelectric project in Labrador.

Nalcor said today in a news release the first generating unit at Muskrat Falls was successfully synced to the electricity grid in Labrador on Tuesday.

The utility says testing on the first generating unit will continue over the next few weeks, before it is scheduled to come online later this fall.

Power from the second unit is expected later this year, with the third and fourth units scheduled to come online in 2021.

The megaproject has been plagued by cost overruns, and Nalcor CEO Stan Marshall estimated in June that construction delays could bring the total cost to $13.1 billion -- up from the previous estimate of $12.7 billion.

Nalcor says an update on the project will be provided within a week.

This report by The Canadian Press was first published Sept. 23, 2020.