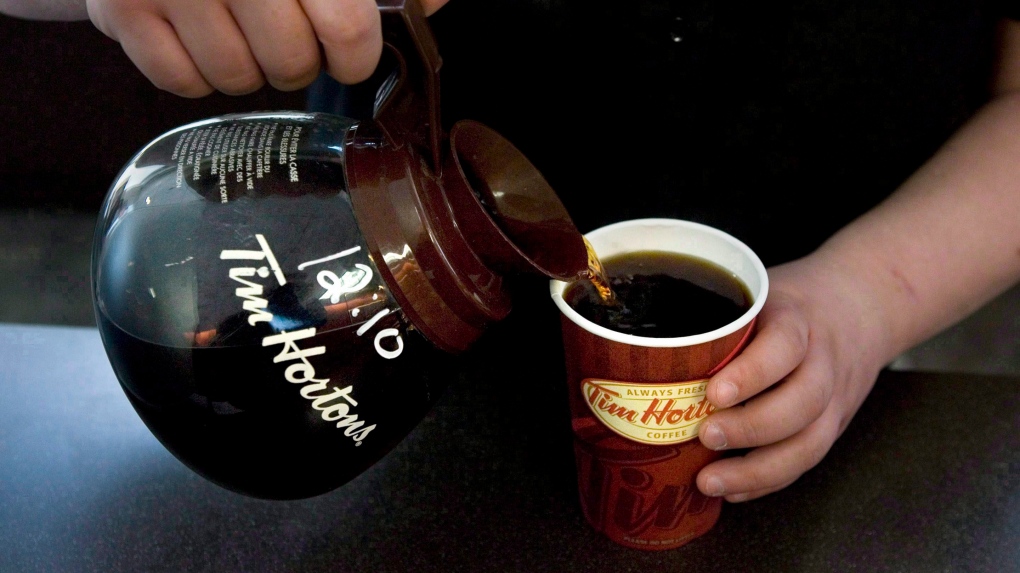 A cup of Tim Hortons coffee is poured in Toronto in this file 2010 photo. (Chris Young / THE CANADIAN PRESS)

A 22-year-old man is facing charges after he allegedly broke into a Tim Hortons and attempted to make himself a coffee.

The RCMP responded to the Tim Hortons in Parrsboro, N.S. around 4 a.m. Sunday.

Police say two employees found the man inside when they arrived at the coffee shop to open it up.

Police say the man, who was trying to make himself a coffee and an iced cappuccino, fled the scene before officers arrived.

He was arrested a short time later in a parking lot at a nearby business.

Police say the man left behind a small mess, but it was cleaned up and the business was open on time.

The Conquerall Mills man is facing charges of break and enter and mischief. He is due to appear in Amherst provincial court on Dec. 14.

Police say no employees or doughnuts were harmed.