Duffy decision to declare principal home in P.E.I. was no accident, court told 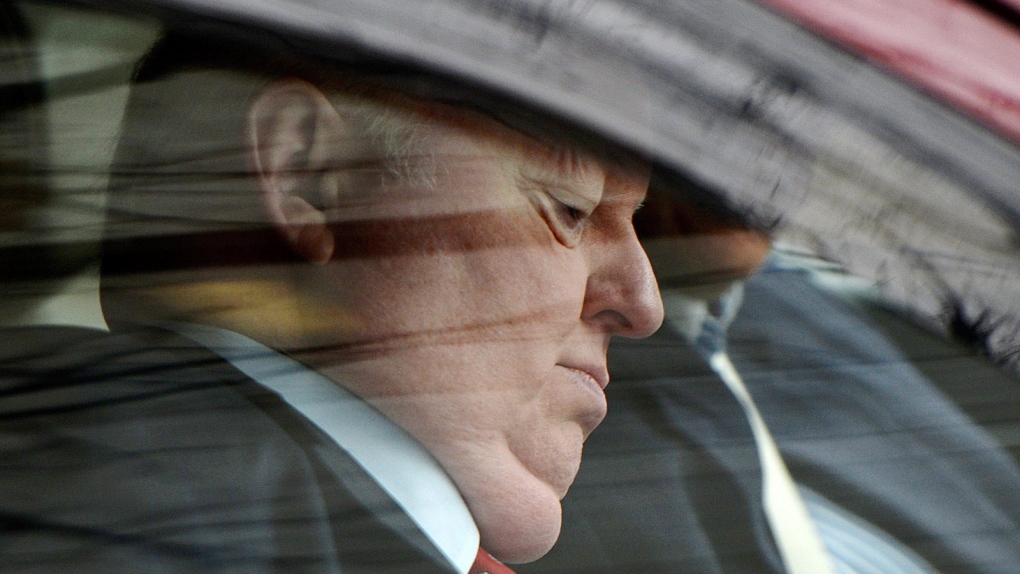 Mike Duffy arrives to the courthouse in Ottawa on April 21, 2015. (Sean Kilpatrick / THE CANADIAN PRESS)

OTTAWA -- Just days after he was formally sworn into the Senate in January 2009, Mike Duffy took deliberate steps that ensured he would collect living expenses totalling some $81,000 over the next four years, court heard Wednesday.

Crown attorney Jason Neubauer drove home the point that it was no accident Duffy declared his cottage in Prince Edward Island his primary residence, having consciously filled out the paperwork to do so.

As a result, his home in Ottawa, which he had owned for seven years prior to his appointment to the Senate, suddenly became his secondary residence.

The suspended senator has already pleaded not guilty to 31 charges of fraud, breach of trust and bribery, most of them linked to living and travel expenses which he claimed from the public purse.

On Parliament Hill, meanwhile, the question of Duffy's residency roared back to prominence.

During question period, NDP Leader Tom Mulcair seized on the fact that Prime Minister Stephen Harper, the man who appointed Duffy to the Senate in the first place, has already publicly defended his eligibility to represent P.E.I.

"Did the prime minister make sure Mike Duffy met that requirement before he appointed him to the Senate, yes or no?" Mulcair asked.

For the first time, Harper appeared to suggest it was Duffy's fault for filling out forms that said he was resident in P.E.I., as the Constitution demands.

"Mr. Speaker, according to constitutional practice, all senators must make such a declaration. As members know, it is Mr. Duffy's actions that are before the court right now," the prime minister said.

"The government has been assisting the RCMP and the Crown in its prosecution of this particular case, but obviously I am not going to comment on the merits of the case or any testimony before the court."

The court has already heard that it is generally expected that both the prime minister and the Governor General take steps to verify that Senate appointees are constitutionally eligible to sit in the upper chamber.

Duffy's lawyer has argued that Duffy was operating fully within the rules of the Senate, as they were laid out when he was appointed.

Earlier Wednesday, a senior Senate official testified that Duffy did not have the discretion to change his office contracts once they had been approved and monies had been set aside for a specific purpose.

Nicole Proulx, currently the chief corporate services officer, is a key Crown witness because of her broad knowledge of contracting and procurement rules in the upper chamber.

Some of the charges Duffy faces involve $65,000 in contracts awarded to friend Gerald Donohue. Some of that money was later apportioned to other individuals via Donohue's company, out of the view of Senate functionaries.

Proulx was there in late 2008 as part of a group of officials giving Duffy advice on his new career, and taking him through some of the chamber's rules. At the time, she was the Senate's director of finance.

Neubauer spent most of the day taking Proulx painstakingly through different Senate policies and forms, including some of the statements and documents Duffy had filled out.

Neubauer showed her a $20,000 contract Duffy had secured with Donohue in 2009 for editorial and speechwriting services.

"Once that happened and the agreement is finalized, did Sen. Duffy have discretion to change the nature of the work that was ultimately done?" Neubauer asked.

A portion of the funds transferred to Donohue from Duffy's office budget ended up paying for the services of a makeup artist, a photo processing outlet, an office volunteer and a speechwriter, among others.

"He could have had discretion within his budget to decide whether it was Mr. Donohue or someone else, but once the contract has been issued ... this is the legal document, this is the contract," Proulx said.

"There is no discretion to do other services."

Still, the court has heard in earlier testimony that Senate officials weren't always as stringent with the contracting rules. In one case they helped provide advice on how to have a contract from Duffy's office approved after the work had already been done.

The defence has argued that while Duffy might be guilty of administrative errors, his contracts via Donohue all involved legitimate Senate expenses.