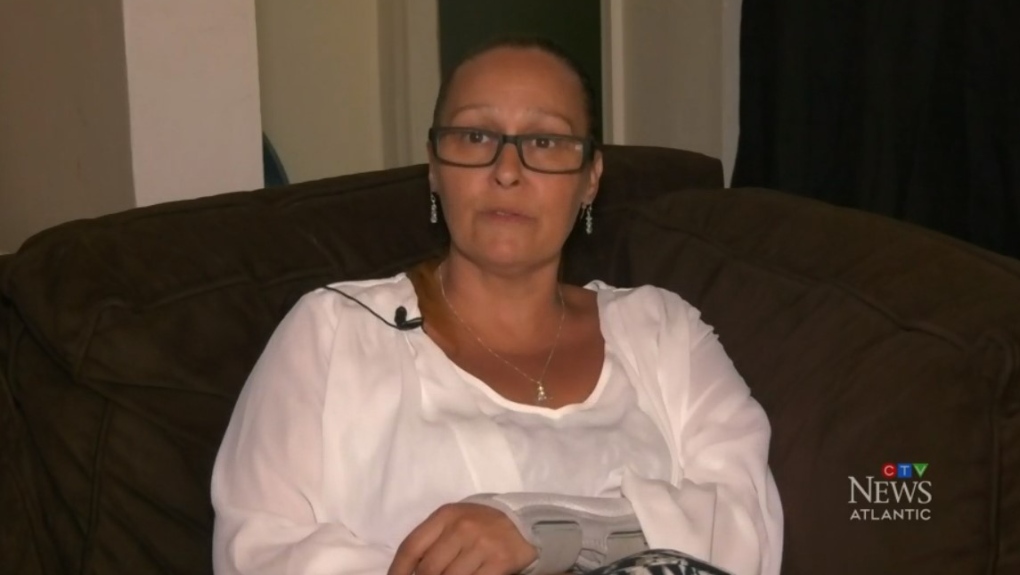 Tenant Corena Hiles has lived in a one-bedroom unit for the last eight months, and got the news in a note from the owner.

People who live in a couple of older apartment buildings in north end Dartmouth, N.S., say they're being tossed out now that the owner has sold the properties.

Although the ban on so-called "renovictions" was lifted in March, property owners say current restrictions are forcing them out of business, and they are going to be happening more and more.

Tenant Corena Hiles has lived in a one bedroom unit for the last eight months, and got the news in a note from the owner.

"If you find this letter tucked under your door or taped to your door that means I have been to your apartment and you were not home," the note reads.

"I am sorry I missed seeing you as I wanted to deliver to you in person this sensitive news," the note goes on to explain the buildings have been sold and major renovations will begin on Sept. 30.

"This means, unfortunately, your leases will not be renewed and you will have to move," reads the letter.

"Well, what went through my mind was, 'I'm screwed,'” said Hiles.

"And I received the notice the day after I returned home from my father's funeral."

There's uncertainty next door as well for Adam Whynacht, who lost both legs to diabetes.

A social worker is trying to find Whynacht and his wife a new place, but there's not a lot of money in the budget.

A city inspection on July 11 noted eight violations in one unit alone:

"Please note this is an active file, and Building Standards is currently in communication with the property owner," Needler said.

The owner declined to speak on camera with CTV News, but said he's worked hard to fix everything brought to his attention.

He adds that all tenants have short-term leases, and with a signed offer on the table, he hopes to sell the buildings and retire.

"There's no winner in this, and it's very tragic," says Kevin Russell, executive director of the Investment Property Owners Association of Nova Scotia (IPOANS), a group that speaks for owners of more than 50,000 units in Nova Scotia.

Although the province has lifted its ban on "renovictions," new rules are in place to prevent them from happening, along with a 2 per cent rent cap, in place for another 16 months.

"We're in a high inflationary period, where operating costs are higher and the 2 per cent rent doesn't cut it anymore," says Russell.

"And now (the owners) find themselves in a negative cash flow, so it's very strenuous for them. They have no alternative but to sell their business."

Back in Dartmouth, Hiles knows she's got a little less than two months to clear out of her home. She says she'll take her clothes, but little else.

“And I want compensation for that. I think that everybody in this building should be entitled to some sort of compensation."