Fresh questions about reboot of an underground Cape Breton coal mine 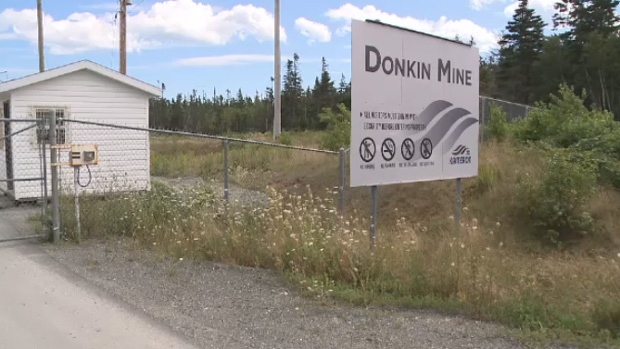 HALIFAX -- At the rugged eastern edge of Cape Breton, the twin tunnels of the Donkin mine extend three kilometres under the Atlantic Ocean. At the end of those shafts is a massive coal deposit left untouched for more than three decades -- until this year.

The rebirth of underground mining in Cape Breton was initially seen as a godsend for an economically depressed region desperate for well-paying jobs.

But the February revival of the 300-year-old industry ran into turbulence last month with news that 49 workers at the mine -- about a third of its workforce -- had been let go with eight weeks pay.

Today, some industry observers are wondering what went wrong. And at least one environmental critic is complaining the Nova Scotia government was wrong to approve the mine at a time when much of the world is turning its back on coal -- the dirtiest of all fossil fuels.

"The economic prospects and the moral case for a coal mine in 2017 are both very weak," says Stephen Thomas, energy campaign co-ordinator for the Halifax-based Ecology Action Centre.

"In this climate crisis ... we know that coal is the dirtiest form of fossil fuel, so opening new mines for this type of fuel is certainly a step backward."

The operator of the mine, Kameron Collieries ULC, said it had to cut jobs to keep the mine viable after workers encountered challenging conditions underground, hindering production.

"This transition was necessary to revise our operational mine plan and mining equipment to better suit the complex geological nature of this mine deposit," company spokesman Shannon Campbell said in an emailed statement.

However, miners have come forward to complain about potentially unsafe working conditions and what they say is a heavy-handed management style.

Gary Taje, international staff representative for the United Mine Workers of America, says the company -- a subsidiary of the U.S.-based Cline Group -- fired the miners for complaining about how the mine is being run.

"They did that for one reason: to show everybody else that anybody can be fired at any time," says Taje, whose union is hoping to eventually organize the non-unionized mine.

One of the miners who lost his job says he believes he and other experienced miners were fired because they spoke out about mining practices.

The miner, who asked to remain anonymous to ensure he is not blacklisted from other jobs, says the company has chosen to stick with inexperienced miners to quell dissent.

"They have a lot of the younger guys who are not going to say no to management," says the miner, who has 30 years of experience and notes he doesn't think the mine is itself unsafe.

Campbell, the company's vice-president of external affairs, says safety "will always be the number one priority at the Donkin mine."

As for the suggestion there are too few experienced miners on the job, Campbell said: "We based our decision on ensuring the remaining workforce was skilled and efficient in their roles to ensure the operation continues to be safe and economically viable."

Nova Scotia Energy Minister Geoff MacLellan says the terminations are not an indication that the mine is in trouble.

"It's a short-term glitch," he said in an interview from Glace Bay, part of his district and just west of the mine. "We've been assured that when the timing is right, they'll retool and add capacity."

As well, he stressed that the miners who lost their jobs were not penalized for speaking out.

"This wasn't a targeting in any sense," says MacLellan, whose father was a coal miner for 40 years. "Safety is the number one priority here. I've had discussions with Donkin mine officials on many occasions and they have reiterated that as well."

The mine started producing coal Feb. 27 -- 15 years after underground coal mining was declared officially dead in Nova Scotia. Some of the miners working there left jobs in the West to return home to Cape Breton.

But the reboot has had some issues.

The province said most of those involved "non-imminent danger" violations, and the company responded by saying safety is the top priority at the mine.

"If they find something, I thank them as I don't want to not play by the rules," Campbell told the Post.

Mine safety remains a top-of-mind issue in Nova Scotia, which has a long history of catastrophic mine disasters. In May, the province marked 25 years since the Westray coal mine beneath Plymouth, N.S., was rocked by a massive explosion that killed 26 miners. That mine never reopened.

Meanwhile, Donkin's managers have said they are keen to sell some of their coal to Nova Scotia Power Inc., which operates three coal-fired power plants in the province -- two of them in Cape Breton.

But the privately owned power utility has said it must first test the coal to determine if it can afford emission controls to mitigate the sulphur and mercury content in the sedimentary rock.

Colin Hamilton, a commodities analyst with BMO Capital Markets in London, England, says it's not unusual for a mining company to rethink its mining plan, which spells out how and where the coal will be extracted from the coal seam.

Hamilton says even though coal mining is held in low regard by those concerned about climate change, it's important to remember the Donkin mine is primarily producing metallurgical coal, which is used to make steel.

While the long-term demand for thermal coal -- used by electricity generation plants -- is facing declining demand because of environmental pressures and competition from natural gas, that is not the case with metallurgical coal.

Robert Bell, a Vancouver-based independent industry consultant, says the price of met coal has almost doubled in the past 18 months to US$200 a ton.

Still, the environmental cost is too high, says Thomas, a mechanical engineer who specialized in energy systems before joining the Ecology Action Centre.

"Even China sees the writing on the wall on this and has drastically reduced the amount of coal it is using," Thomas says, adding that if all of the coal in the Donkin mine was burned, it would be the equivalent of adding 274 million cars on the road.

Last month, Canada and the United Kingdom succeeded in getting 18 other nations to wean themselves off coal-fired power plants, but Saskatchewan and Nova Scotia are trying to negotiate their way out of Ottawa's domestic plan to set a 2030 deadline.

"Governments are very quick to approve these mines and even champion these mines, as Geoff MacLellan has," Thomas says.

MacLellan says the province has exceeded federal targets for greenhouse gas reductions, and he says as long as there is a demand for coal, Cape Bretoners will keep working in the mine.