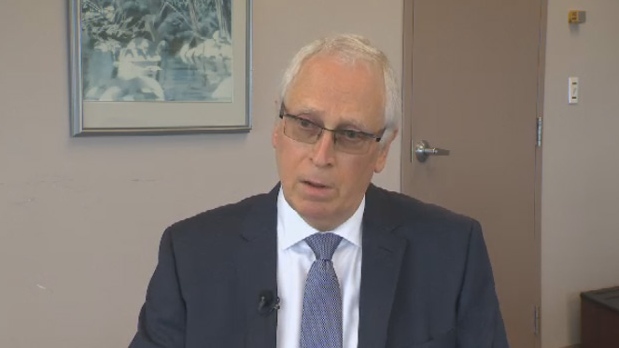 Martin Herschorn, director of public prosecutions, says if Bill 203 proceeds it would be a "disaster" for his service and for the criminal justice system in the province.

HALIFAX -- The senior manager of Nova Scotia's independent public prosecution service has issued an angry denunciation of a controversial bill that would eliminate his staff's right to binding arbitration.

Martin Herschorn, director of public prosecutions, testified Friday before a legislative committee that if Bill 203 proceeds it would be a "disaster" for his service and for the criminal justice system in the province.

"What Crown attorneys would be able to strike? What murders, child pornography or sexual assault cases would be left unprosecuted?" he asked politicians on the committee reviewing the bill.

Herschorn says at a time when the Supreme Court of Canada's Jordan decision has set strict time limits for prosecutions, delays created by a potential labour dispute would mean cases would end up being dropped.

It could also mean a collapse in the morale of an overburdened workforce of 100 prosecutors struggling to keep dangerous criminals off the street, he added.

The government's proposed revisions to the Crown Attorneys' Labour Relations Act would give prosecutors the right to strike but also designate them an essential service.

Herschorn said statements by the province that prosecutors still have a right to strike is "meaningless ... misleading and disingenuous."

A strike, he said, "would bring mayhem to the courts. Public safety would be jeopardized. There's not one Crown attorney that wouldn't be considered essential."

Premier Stephen McNeil has said his government's legislation is necessary because the province can't afford the pay increase sought by prosecutors. He said it would set a costly precedent other public servants would want to follow.

The Crown attorneys are seeking a 17 per cent salary increase over four years, which is higher than an established wage pattern set for the public sector and the seven per cent over four years offered by the government during negotiations.

Nova Scotia prosecutors are currently the highest paid in Atlantic Canada but the increase would only rank them in the middle nationally. According to figures released by the province, they currently earn up to $149,000 annually, a figure that would increase to about $160,000 under the government's offer.

However, Herschorn said the current salary levels and labour peace have brought benefits to the province.

The veteran lawyer gave the committee a short history lesson in the establishment of the prosecution service as an independent service in the 1990s.

He said one of the greatest struggles in the early years was finding a way to set wages fairly, and he recalled "the dark time" of a 1998 strike by prosecutors

"Labour relations were tense and Crown attorney morale was low. At the core of the problem was the unresolved mechanism to set salaries for Crown attorneys," he testified.

In 2000, a Progressive Conservative government set up an independent salary setting system, leading to 19 years of sustained labour peace.

Herschorn said that in 2016 prosecutors accepted a pattern wage offer in return for a 30-year "framework agreement" with the province that would settle wages through arbitration.

He argued that agreement should have been honoured, adding that "binding arbitration is particularly well-suited to an independent organization like the public prosecution service."

Contacted for the premier's response to Herschorn's remarks, a spokesman said McNeil had no comment other than to thank "all presenters at the committee for taking the time to present their views."