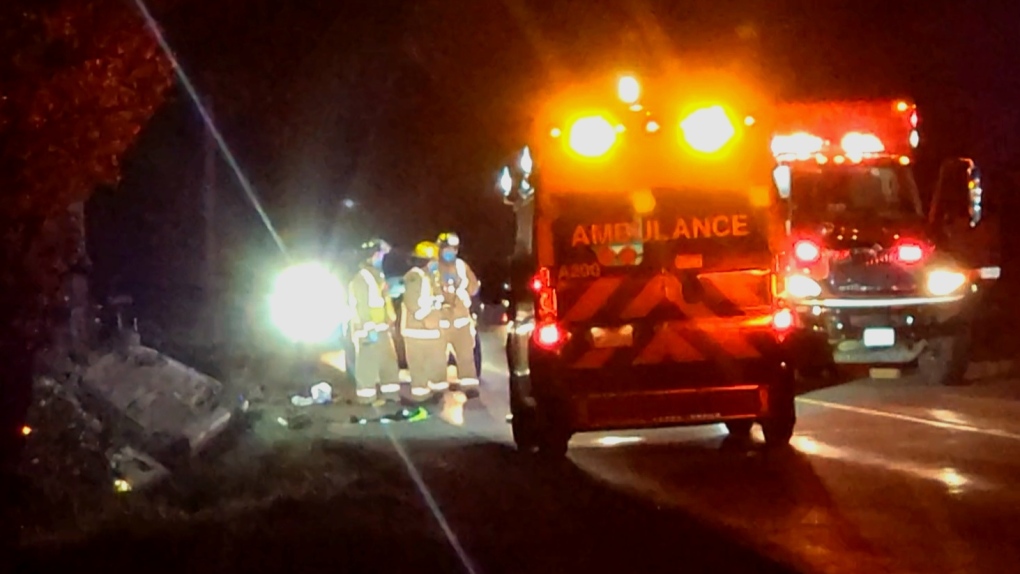 Shediac RCMP say police attended the scene around 10:15 p.m. Sunday, where a vehicle rolled over and was found in a ditch on Route 134. (Courtesy: Wade Perry)

A 19-year-old man has died following a single-vehicle collision in Shediac Cape, N.B.

Shediac RCMP say police attended the scene around 10:15 p.m. Sunday, where a vehicle rolled over and was found in a ditch on Route 134.

According to RCMP, the passenger died at the scene.

Police say the driver, also 19, was transported to hospital with injuries.

A collision reconstructionist attended the scene and the investigation is ongoing.

Police say impaired driving could be a factor in the collision.

Accessing abortion still has its limits in Canada, advocate says

Abortion may be legal in Canada but accessing services very much depends on where you live, one advocate says.

What's the impact of a Russian debt default?

Russia is poised to default on its foreign debt for the first time since the Bolshevik Revolution more than a century ago, further alienating the country from the global financial system following sanctions imposed over its war in Ukraine.

South African authorities investigating 21 teenagers found dead at an east coast tavern over the weekend said on Monday the youths were probably killed by something they ate, drank or smoked, ruling out the earlier-touted possibility of a stampede.

Leading economic powers conferred by video link with Ukrainian President Volodymyr Zelenskyy on Monday as they underscored their commitment to Ukraine for 'as long as it takes' with plans to pursue a price cap on Russian oil, raise tariffs on Russian goods and impose other new sanctions.

Digital censors quickly deleted a hashtag 'the next five years' Monday as online discussion swirled in response to reported remarks of Beijing's Communist Party secretary saying that the capital city will normalize pandemic prevention controls over the course of the next five years.

Ukrainian President Volodymyr Zelenskyy addressed G7 leaders virtually at their summit in Germany as they discussed the threat to global stability posed by Russia's invasion of his country.