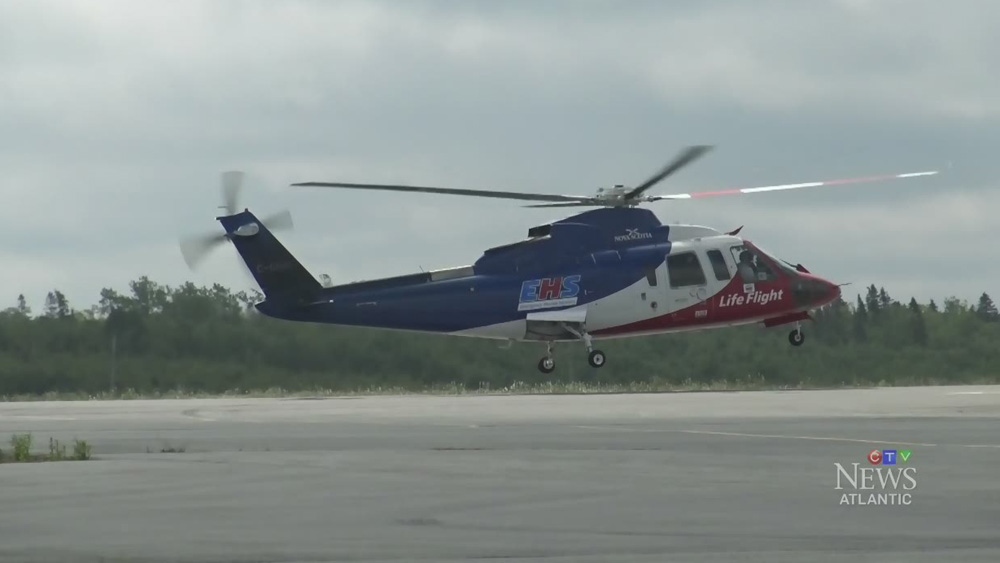 A LifeFlight helicopter is seen in this undated file photo.

A 38-year-old man is in hospital with serious injuries after he lost control of his motorcycle on Nova Scotia’s Highway 340.

The RCMP and emergency crews responded to the collision in Weymouth, N.S. at 7:42 p.m. Sunday.

Police say the motorcycle, which they describe as a black Suzuki model sports bike, was travelling southbound on the highway when the driver lost control.

He sustained serious injuries and was airlifted to a Halifax hospital via LifeFlight.

The motorcycle was seized. The incident is under investigation.