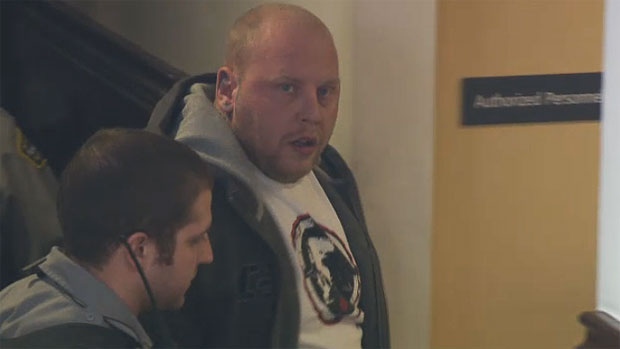 David Bishop of Bedford, N.S. is facing a slew of charges in relation to an alleged drug smuggling operation at a Halifax jail.

HALIFAX - Police say they've laid charges against a member of the Bacchus motorcycle gang in relation to an alleged drug smuggling operation at a Halifax jail.

Earlier this month, 14 people were arrested in Halifax, Truro and Cape Breton and 43 charges were laid following a probe into drug trafficking at the Central Nova Scotia Correctional Facility.

On Tuesday, RCMP issued a release saying it made another arrest on Monday evening as a result of its five-month probe of activities at the jail.

Thirty-year-old David Bishop of Bedford was arrested during a search of a residence on Chelmsford Street in Halifax.

He is facing charges of trafficking cocaine and steroids, possession of steroids, resisting arrest, unsafe storage of ammunition, possession of cannabis resin, two counts of possessing a prohibited weapon and one count of breaching court conditions.

Police say in a news release they expected to issue warrants of arrest Tuesday for two other individuals who are associated with Bishop.