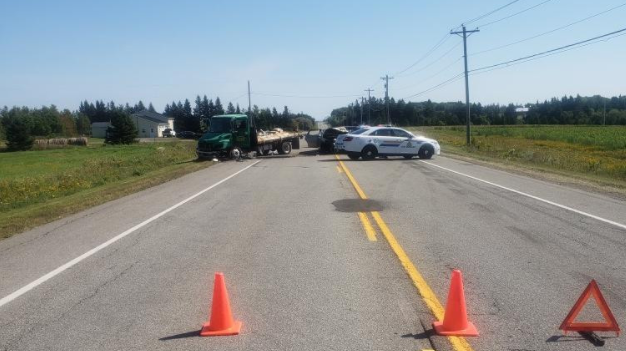 RCMP closed Route 3 near New Perth after a two-vehicle collision that led to the death of one man. (RCMP)

An 83-year-old Montague man died in a two-vehicle collision on Route 3 in New Perth, P.E.I. on Friday morning.

Police say the man was pronounced dead at the scene and two passengers in the second vehicle were treated at the scene for minor injuries and released.

“The investigation is still underway, but preliminary evidence suggests that neither alcohol nor speeding were factors in the collision,” King’s District RCMP said in a news release.