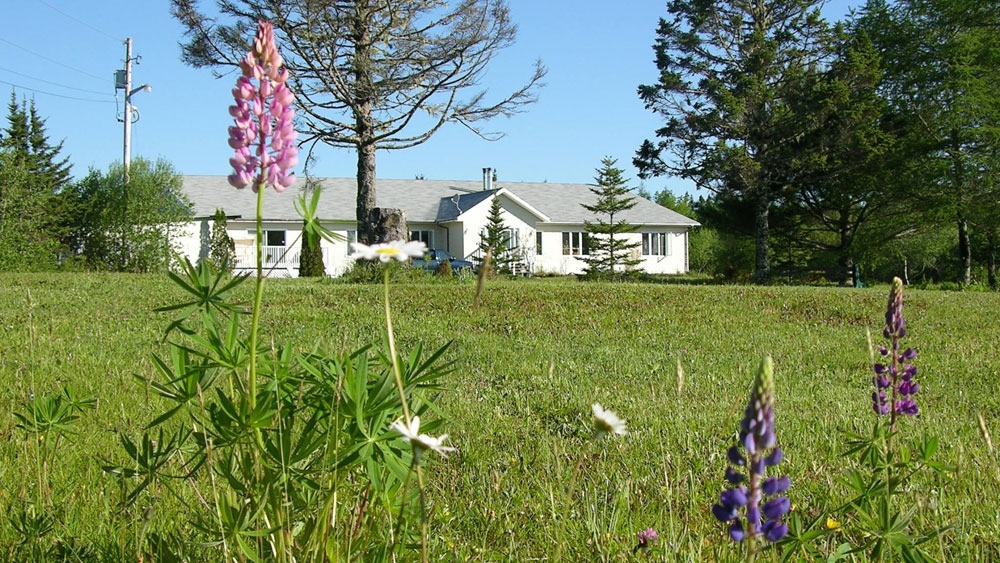 SABLE RIVER, N.S. -- A military veteran who found sanctuary in the woods of rural Nova Scotia is opening his home and property to fellow servicemen and women who suffer from post-traumatic stress disorder.

Bob Grundy and his wife, Johan, have converted their ranch-style home in Sable River into a retreat where people coping with trauma can recover, reconnect with nature and rebuild their families.

The former air defence technician says the Rally Point Retreat, nestled on 180 acres of land, welcomes Canadian Forces members, first responders and journalists who are receiving medical treatment for PTSD - and charges nothing for their stay.

"I feel that people have already paid with their soul, those people who have PTSD," said Bob Grundy in an interview Monday. "Anybody that says it's an easy road doesn't have it."

The lodge is equipped with two guest rooms, a fitness centre, a hot tub, a library, a ping pong table and a woodworking workshop, all surrounded by meandering trails and a lake.

It's a place where time stands still, Grundy said, away from the traumatic memories that replay on a loop in his mind, over and over again, robbing him of sleep for all but two to three hours a night.

"Your brain just becomes numb," he said. "When your brain stops running at the crest of a surfer-type wave, the crash is amazing as everything comes down on top of you that you've remembered."

Grundy served in the Royal Canadian Air Force for about 35 years both in the reserves and as an active member. He believes he suffers PTSD as a result of the cumulative effects of events such as Swissair Flight 111, which happened when he was stationed at 12 Wing Shearwater, and a fishing accident that killed four men while he was working at a radar site in Manitoba.

He denied anything was wrong for years and began attending group therapy for PTSD only after retiring to the country. He had believed he was the only one.

"In a group, you find out all of these other guys have experiences, then you feel, 'I'm not worthy to be here," he said. "Then they let you know that you are, and that you're not alone."

During a break at his first session, some members started talking about the need for a safe space to get away from it all, and the idea for Rally Point took root.

The retreat officially opened its doors on Monday but the Grundys have taken in a small number of guests in recent weeks with even more requests online.

Johan Grundy says the retreat can be as therapeutic for family members as the PTSD sufferers themselves.

"It gives an opportunity to disconnect from your usual routine," she said. "We want to get them down here where there are activities that they can do together."

The Grundys are currently funding the project with Bob's pension but as donations flow in, they hope to expand the non-profit so they can build cabins for other people seeking respite.

It's all worth it, Bob Grundy said, because while he's hosting others, he's also taking care of himself.

"The best thing in the world is helping somebody else realize that it's alright to have PTSD," he says. "It just means you're compassionate, not that you're weak."

- By Adina Bresge in Halifax