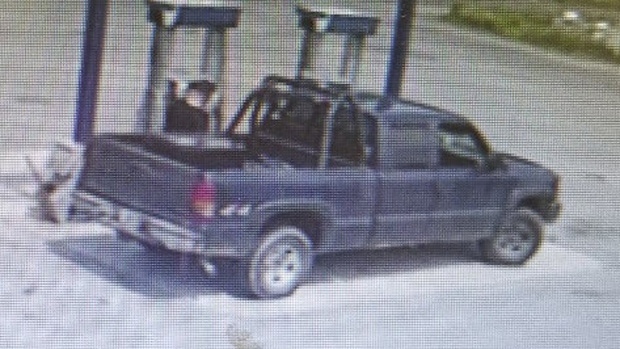 Police are asking for the public’s help in locating a pickup truck as they continue to investigate the death of a 19-year-old Fredericton man.

The RCMP say information from the public led them to find human remains in a wooded area off Route 10 in Noonan, N.B., on Saturday.

An autopsy confirmed the remains are those of Corey Daniel Sisson, who was last seen alive on July 29 on Fredericton’s northside.

Sisson was reported missing to the Fredericton Police Force on July 30.

Police are investigating his death as a homicide and they are looking for a vehicle of interest in connection with the investigation.

Police say the truck would have recently been sold. They would like to speak to the new owner, or to anyone with information on the whereabouts of the truck.