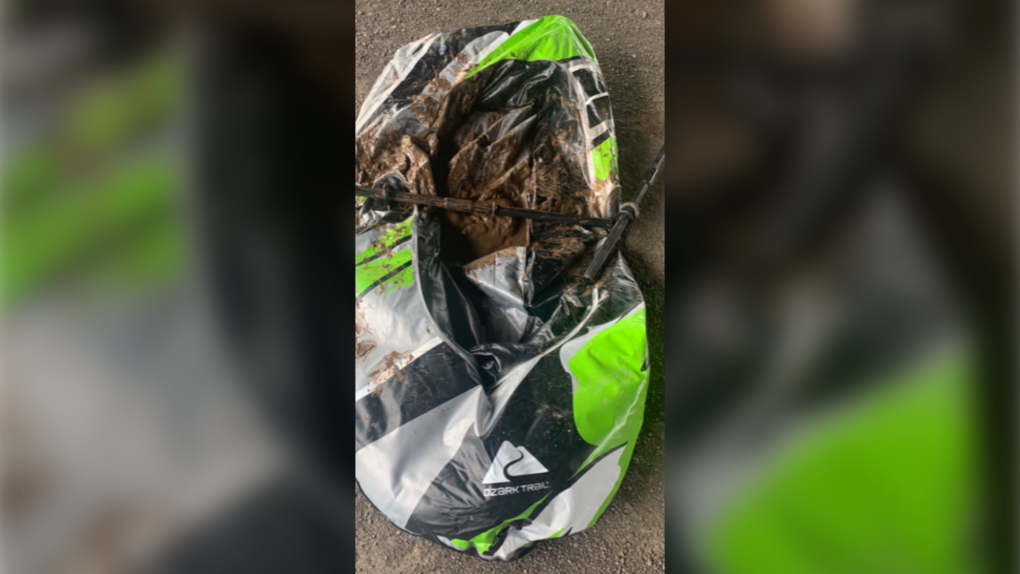 In a tweet just before 10:30 a.m., RCMP said a police operation was underway on the riverbanks of the Petitcodiac River after a lime green inflatable dingy with paddles was located without passengers. (SOURCE: Twitter: New Brunswick RCMP)

The New Brunswick RCMP is looking to identify the owner of an inflatable dinghy that was found floating in the Petitcodiac River between Moncton and Riverview Friday morning.

In a tweet just before 10:30 a.m., RCMP said a police operation was underway along the riverbanks after a lime green inflatable dinghy with paddles was found unoccupied. It was recovered by the causeway.

In a second tweet just after 11 a.m., RCMP said the operation had concluded, but police are still looking for the owner of the dinghy to ensure their safety.

The RCMP released an image of the dinghy on its Twitter account in hopes someone will come forward with information.

Anyone who is aware of someone paddling on the river Friday morning, or has information about the dinghy recovered by police, is asked to contact the Codiac Regional RCMP at 506-857-2400.