N.S. inmate who died after being found unconscious in cell was awaiting court 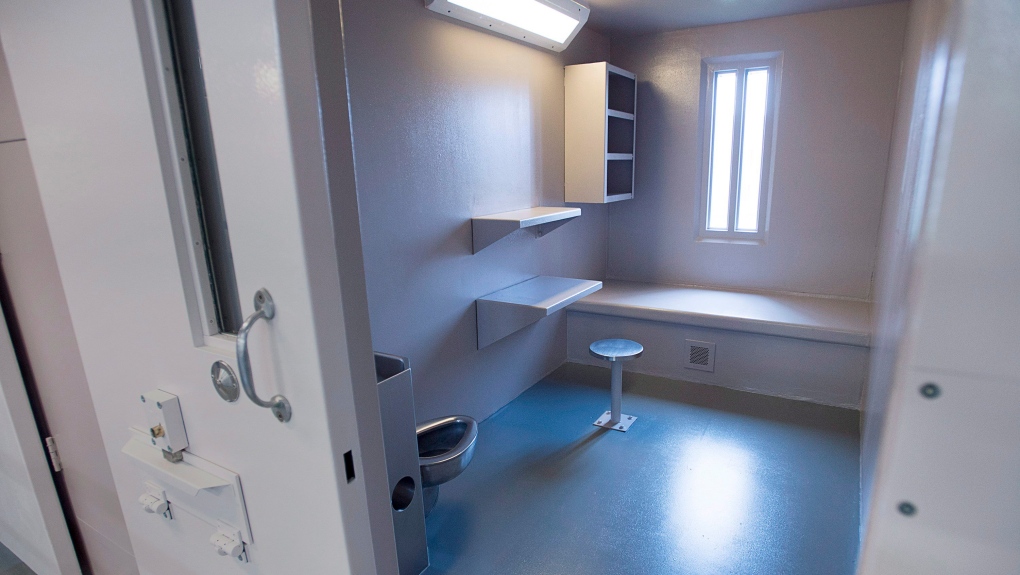 The interior of a cell is seen during a media tour of renovations at the Central Nova Scotia Correctional Facility in Dartmouth on Tuesday, May 15, 2018. (THE CANADIAN PRESS/Andrew Vaughan)

HALIFAX -- A 29-year-old Nova Scotia man who was found unresponsive in a jail cell and died later in hospital was waiting for a court appearance, the province's justice minister said Thursday.

Mark Furey has yet to say what caused the inmate's death on Sept. 10, referring only to "tragic circumstances." Police are investigating, and the medical examiner is conducting an autopsy.

However, the minister confirmed the inmate had previously received medical attention at the Central Nova Scotia Correctional Facility.

He said the man was in a "transition day room," which is for inmates having difficulties living in the general population.

"It's a hybrid space. ... We have a group of inmates who have mental health issues, brain dysfunction, other challenging issues or don't meet the criteria for the forensic hospital," the cabinet minister said.

Furey declined to say what the prisoner's condition was at the time of his death.

Prisoner advocacy groups, including the Elizabeth Fry Society, have said federal and provincial governments must increase the granting of bail, rather than imprisoning people awaiting court appearances and trial.

According to the Justice Department, 139 of the 164 inmates at the Central Nova Scotia Correctional Facility were on remand as of Thursday, which means they are awaiting a court appearance related to the allegation against them.

Furey said he respects of the opinions of advocacy groups calling for the increased use of bail and community options instead of incarceration for some inmates.

He said the province's Criminal Justice Transformation Group is discussing ways to reduce the number of prisoners on remand. The group includes representatives from the judiciary, law enforcement, the public prosecution office and correctional officials.

"One of the focuses is: how do we reduce the number of remand (prisoners) in our facility," said Furey.

However, he defended the prison's practices, saying the death isn't part of a wider pattern.

"This is the first death in custody in the transition day room space. Yes, we've had other deaths in custody, but this is a very unfortunate, isolated case," he said.

Nova Scotia's prison system has had a number of high-profile deaths of inmates who were awaiting court appearances.

They include the death of 23-year-old Clayton Cromwell, whose family has been battling with the province for years to get answers.

Cromwell was waiting for a court hearing on April 7, 2014 when he overdosed on methadone.

He wasn't part of a methadone treatment program, leaving his relatives to question how he obtained the drug in the Halifax jail

More than four years later, The Canadian Press is still waiting an internal report on what happened, after the province's Information and Privacy Commissioner recently recommended the province release most of the document.

In her report, Catherine Tully noted that, unlike other jurisdictions, Nova Scotia doesn't hold mandatory public inquests into such deaths unless the medical examiner recommends an inquiry and the minister orders it.

The province has only had two such inquiries since 2010, and during that time period there have been six deaths in custody without any resulting public inquiries.

"The problem ... is that the information provided as a result of ... discretionary disclosures is in no way equivalent to the amount of detail provided through a public inquiry process," Tully wrote.