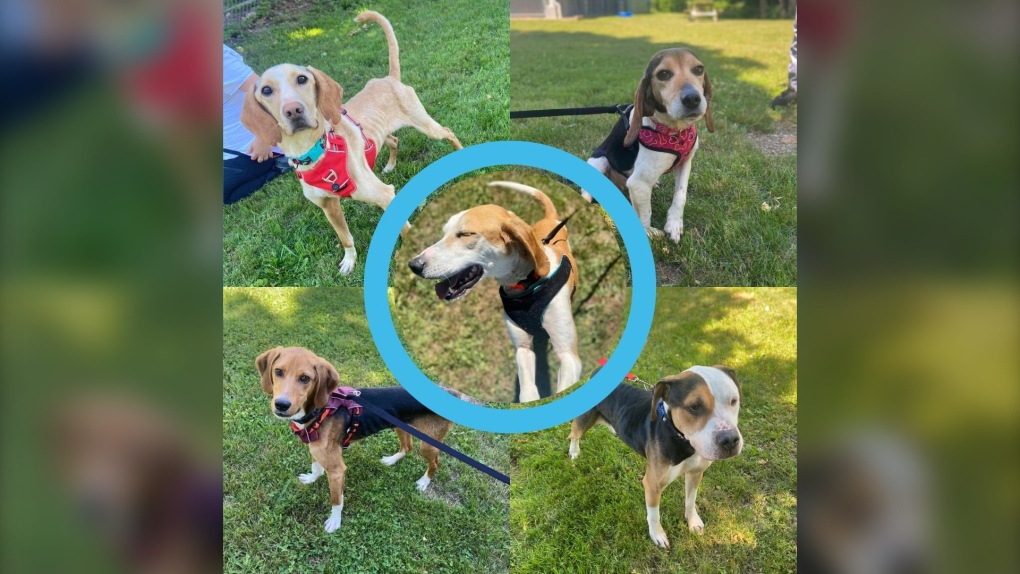 The SPCA says "Greenie and his friends" are on a special refeeding schedule and are gaining energy and weight. However, they are not ready for visitors or adoption. (Source: Twitter/NSSPCA)

A Nova Scotia man is facing charges after the SPCA says his five dogs were found neglected and starving.

Nova Scotia SPCA Enforcement Officers received a call on June 7 that a number of dogs were suffering from neglect.

Officers seized five dogs from a home after seeing their living conditions and unhealthy physical appearance. All the dogs were then taken for veterinary care.

According to a post on the shelter's Twitter page, the dogs had rocks in their bellies and zero energy, which increases the likelihood of an animal's organs shutting down.

The organization also said the dogs have started a special refeeding schedule and are gaining energy and weight. However, they are not ready for visitors or adoption.

After an investigation, the SPCA determined that there was enough evidence to support charges against the dogs’ owner.

Tyler Bezanson, 29, of Annapolis County, has been charged with five counts of permitting an animal to be in distress.

He is scheduled to appear in Annapolis provincial court on Sept. 19.

Skin and bones. That’s all Greenie and his dog friends are. They desperately need your help.💔

In emergencies like these, we need to act fast. Can you help?

Acts of animal cruelty can be reported to the SPCA at 1-888-703-7722, animals@spcans.ca, or online. The SPCA says all concerns and complaints submitted to the organization are kept confidential.

Anyone interested in donating to the dog group, which the SPCA refers to as "Greenie and his friends," can also visit the SPCA's website.