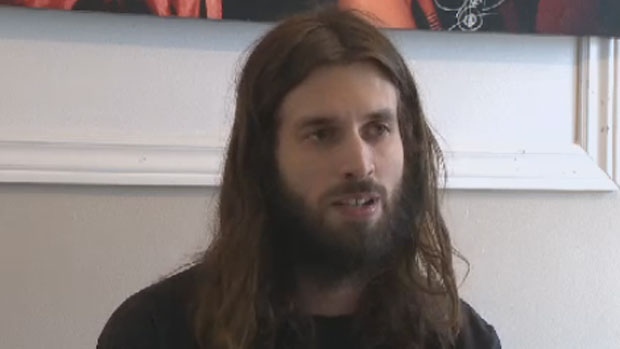 Chris Enns helps to run the Halifax Compassionate Club, where people with chronic illnesses can access cannabis and learn about different ways to use it.

He says he helps people with chronic illnesses to access cannabis and patients say the raid forces them to buy drugs on the street from dealers.

“When we get to the Supreme Court of Canada, I have no doubt in my mind that all the activities done here will be seen as lawful,” says Chris Enns, one of three people charged with trafficking marijuana in a raid last week.

Enns is also a member of the Halifax Compassionate Club, whose club members say they suffer from chronic illnesses and use marijuana to ease symptoms.

The club and a business that sells equipment to grow marijuana were targeted in the raid.

Bob Dillman says marijuana relieves symptoms of his environmental illness and that without the help of the Halifax Compassionate Club and licensed growers, he would be forced to buy the drug from street dealers.

“I choose cannabis because it’s the only thing that keeps me alive,” he says. “There’s 50 unsolved murders and they’re busting patients here? We need this to live. This is our final resort.”

“They are keeping this from us. Why? The only reason why is because it would put the pharmaceuticals out of business,” she says.

But police say they had evidence illegal activity was taking place at the property.

“The job of the police is that if there is something against the Criminal Code, or the Controlled Drug and Substance Act, the public wants us to act and uphold those laws,” says Halifax District RCMP Cpl. Scott MacRae.

“The police had the opportunity to exercise their own judgments, so whether they wanted to come in here or not was up to them,” says Sherri Reeve, president of the Halifax Compassionate Club.

“Nobody forced them to come in here and harass people in a private club.”

Enns and the other two people charged in the case are due to appear in court in June.