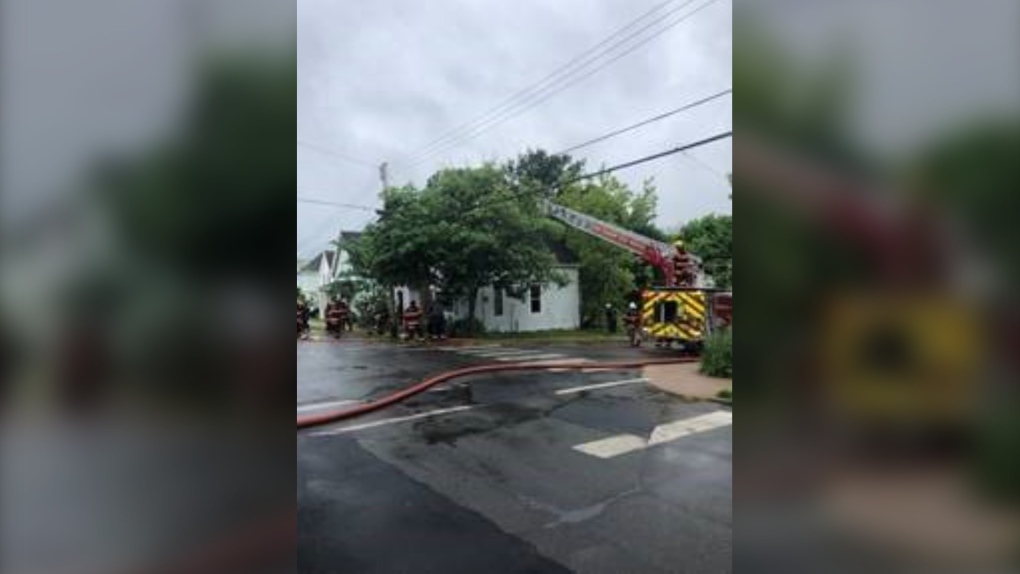 Around 7:20 a.m., officials received a report of a fire at a vacant resident on Nelson Street. This fire also caused extensive fire and smoke damage to the residence. (Photo courtesy: New Glasgow Regional Police)

HALIFAX -- The New Glasgow Regional Police is seeking information from the public in relation to four acts of arson that happened in New Glasgow, N.S. and Trenton, N.S. on Wednesday morning.

According to police, three of the arsons happened in Trenton, beginning around 1:30 a.m. when a fire was reported at a vacant residence on North Main Street. Fire members and police responded to the call. Officials say the residence sustained extensive fire and smoke damage.

A short a time later, around 1:43 a.m., another fire was reported at a backyard shed on First Street. Police say the shed sustained fire and smoke damage.

At approximately 2:35 a.m., a third fire was reported at a vacant residence on North Main Street, which sustained fire and smoke damage.

The fourth act of arson occurred in New Glasgow, according to police.

Around 7:20 a.m., officials received a report of a fire at a vacant resident on Nelson Street, which caused extensive fire and smoke damage.

The New Glasgow Regional Police Major Crime Unit is asking for the public's help in identifying those involved, or for any information that may help with the investigation.

Police are also asking anyone in the areas to check camera footage, dash cams, photos and other video devices that may assist with the investigation.

"As the arson investigation continues, police are urging the public to remain vigilant and report any unusual or suspicious activity,” said Const. Ken Macdonald. “Any information provided may be crucial in helping solve this investigation.”

The investigation into all four fires is ongoing. Police say no injuries occurred in any of the fires.