No new cases in P.E.I.; premier says restrictions could be eased back May 1 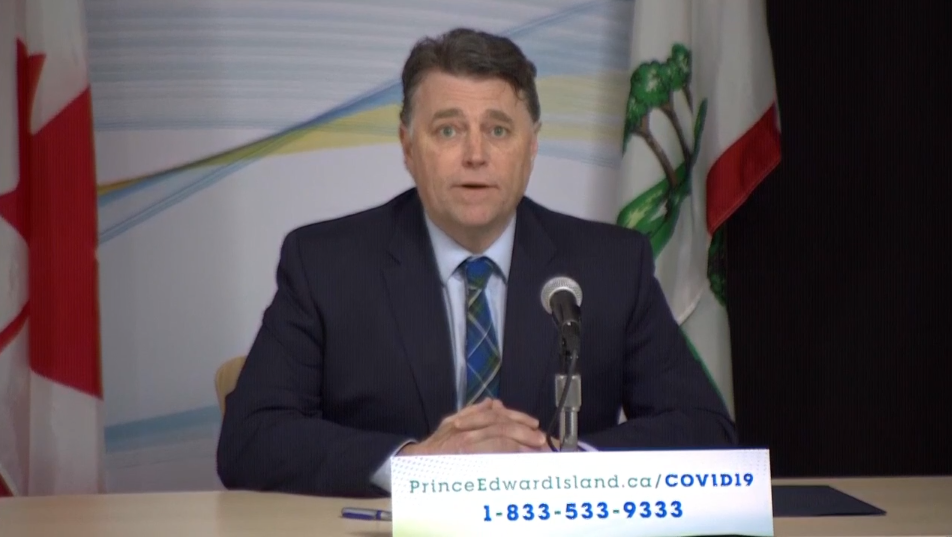 HALIFAX -- Prince Edward Island reported no new cases of COVID-19 on Tuesday, with the total number of cases on the island remaining at 26 for the sixth consecutive day.

P.E.I. premier Dennis King said at a news conference on Tuesday, that while there is still work to be done, provincial officials are discussing a plan that he referred to as 'Re-open P.E.I. together', and are hopeful to begin easing back restrictions as soon as May 1.

"We have begun working to put together a smart 'ease back' plan, so we can begin the process to bring some sense of normal to our province," said King “I am confident we can begin to get back to some normal activities, but we still need to practice physical distancing and we still need to be very careful in how we conduct ourselves."

"If we continue on this current trajectory, we will be able to hopefully be able to begin that ease back on May 1st, but there is a lot of water to run under the bridge between now and then.”

"Everybody is anxious to go into the next phase, and re-opening P.E.I. in early May is certainly part of the plan we are looking at," added Dr. Heather Morrison, P.E.I.'s chief medical officer of health issued an update on Tuesday. "It's going to involve a process with consultation and risk assessment with industry, government, departments, businesses and communities."

Morrison says while the low numbers of cases on the island are reason for optimism, the next few weeks are crucial to ensure the province doesn't see community transmission.

"We have to make sure we don't see in the next couple weeks wide-spread community transmission. We don't want to see any outbreaks at long-term care facilities. We want to make sure before there is any ease up that there is PPE available at all long-term care facilities," said Morrison. "If we are able to meet this type of criteria, certain outdoor activities and elective procedures in our health system will be two areas where we will start."

King and Morrison say that won't include re-opening schools quite yet.

"As a Mom of four children, I have some person interest in that question as well," laughed Morrison. "Schools and daycares are definitely a challenge and we'll be continuing to have discussions with people and officials across the country who are facing that question."

P.E.I. reports they received 28 negative tests on Monday. There have now been 2,415 total tests on the island, with 2,353 negative results and another 36 tests still pending.

What day is it? Why you may be losing track of time in quarantine

'Things will be different': B.C.'s top doctor says some restrictions likely in place for at least a year