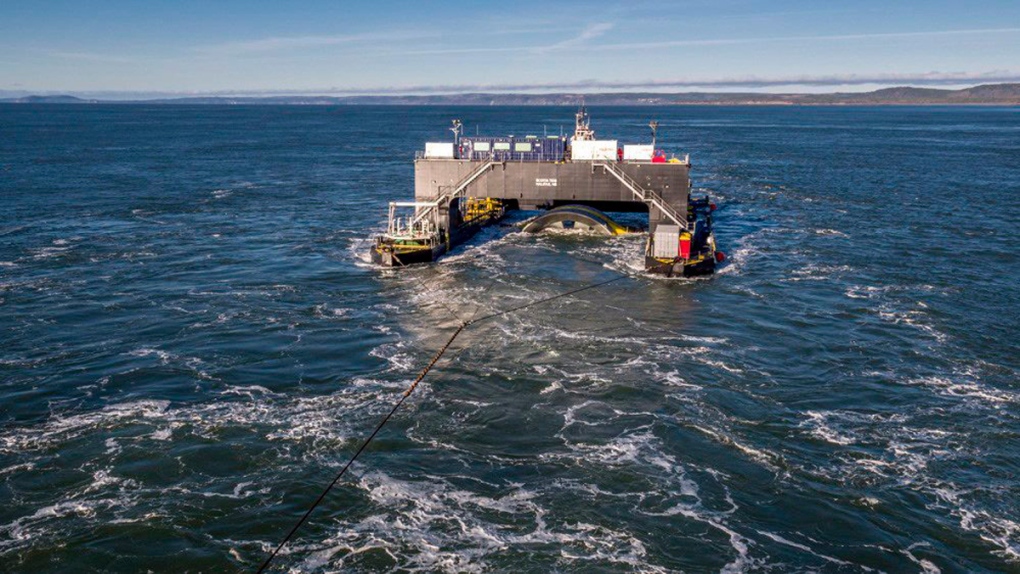 HALIFAX -- The Nova Scotia government is moving ahead with a project that aims to harness the immense power of the Bay of Fundy's tides, despite the uncertain future of the Cape Sharp Tidal venture.

The Department of Energy and Mines has issued a marine renewable energy permit to Black Rock Tidal Power allowing it to test a 280-kilowatt floating platform for up to six months.

The floating platform will be installed in Grand Passage, between Long Island and Brier Island in Digby County.

The permit will allow the Halifax-based company to learn how its device operates in a marine environment and "take a staged approach to deployment."

It comes as an Irish technical team works to determine why the rotor on the Cape Sharp Tidal turbine in the Bay of Fundy is not turning.

Halifax-based Emera Inc., which was involved in the troubled project, said this week that experts believe a component failure in the generator "caused sufficient damage to prevent the rotor from turning."

It says the turbine worked after it was deployed in July and that it's not yet clear when the malfunction happened.

The turbine will remain stationary while the OpenHydro team analyzes information gathered from sensors to determine whether it is functional.

Emera remains a shareholder in Cape Sharp Tidal, but recently announced it was pulling out of the project after co-owner OpenHydro filed for bankruptcy protection.

Energy and Mines Minister Derek Mombourquette said in a news release Wednesday that supporting a marine renewable energy project like Black Rock Tidal Power's is a key pillar of the government's energy plan.

"Projects like this that test technology in the Bay of Fundy's unique marine environment will help spur innovation and competition and help solidify Nova Scotia's position as a leader in the development of tidal technology," he said.

The province said under the permit, an environmental effects monitoring plan must be in place and adhered-to for the duration of the project.

The province says the project will not be connected to the electricity grid, and so it does not require a power purchase agreement.