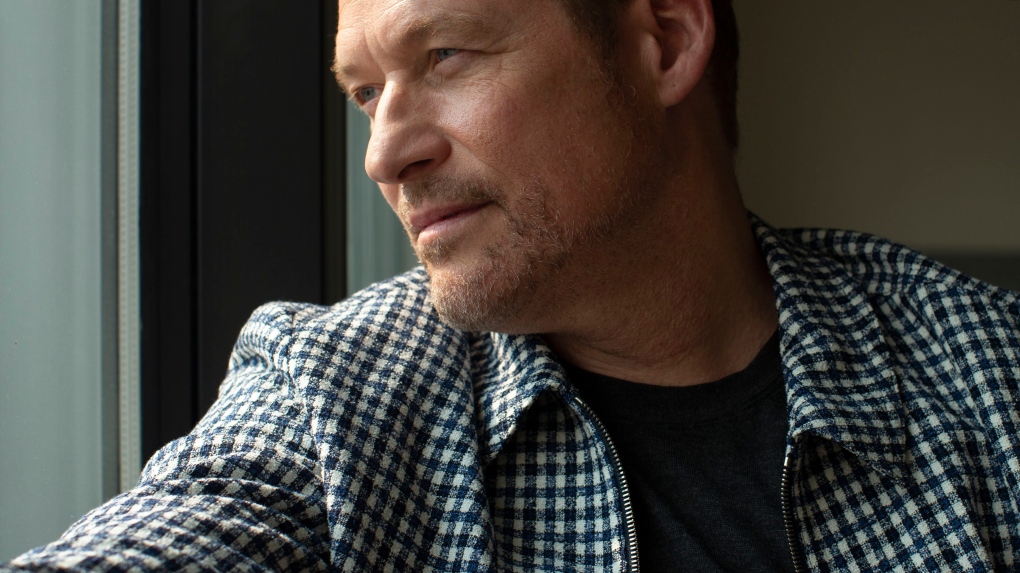 James Tupper is photographed in Toronto as he promotes the television show 'Big Little Lies', on Friday May 31, 2019. The Nova Scotia-raised actor says he loved working on season 1 of HBO's acclaimed series "Big Little Lies" and had no hesitation in joining season 2. (THE CANADIAN PRESS/Chris Young)

"And then I found out that Meryl Streep is on it and I panicked," the Dartmouth, N.S., native said with a laugh in a recent interview.

Streep, a 21-time Oscar nominee, joined the star-packed series for season 2 to play the exacting mother-in-law to Nicole Kidman's character, who is dealing with the aftermath of her abusive husband's death that rocked the affluent seaside town of Monterey, Calif.

Tupper plays the husband of Zoe Kravitz's character, who is also reeling from the death along with the other women in their core circle, played by Reese Witherspoon, Shailene Woodley and Laura Dern.

"I met her and it's like meeting the queen of England," Tupper said of Streep, noting she realizes her esteemed career makes her an intimidating figure and goes out of her way to allay her co-stars' nerves.

"She's like, 'Hello, darling.' She has to take care of you because everybody is like, 'Holy crap' ... and then you have to calm down for a few minutes and get to work. But she takes care of you through that. She's gracious and kind.

"I saw her walk through a hotel lobby and she did it to, like, every person in the lobby. She stops and says, 'Yes, darling, how nice to meet you. What's your name?"'

Tupper, who previously shot to fame on series including "Men in Trees" and "Revenge," found it to be one of the best experiences of his career.

"I think the show hit the zeitgeist right at that moment," Tupper said, noting the storylines touched on subjects that were dominating headlines with the .MeToo movement, including sexual assault.

"I think America was changing and the show represented that change somehow. I remember Jean-Marc called me up in the middle of it and goes, 'Can you believe our little show? Can you believe what's happening?' We realized that something very special was connecting with some change that needed to happen."

There wasn't supposed to be a season 2 until HBO asked Moriarty to "go back and look at the story and find another 200 or 300 pages," said Tupper.

"She wrote it out, so the storylines are just as complex," he said.

The sharp humour seems amped up this season, particularly with Witherspoon's busybody character, who is always at odds with her ex-husband (played by Tupper) and determined to get their daughter into a good college.

English filmmaker Andrea Arnold ended up directing the second season, which still has Vallee as an executive producer.

"She had a very similar style, actually. She was very free-wheeling," Tupper said of Arnold, who won an Oscar in 2005 for her short film "Wasp."

"Tonally, it's more intense this year and it's found itself.... We have a deep bench of actresses that are carrying it and I think it delivers in a way that's as special or even more than last time. Is it possible? I think it's better."

Tupper was recently in Toronto to promote the show and said he returns to Dartmouth to visit his parents every summer.

"They call it the 'dark side' because Halifax is the light," Tupper said with a laugh.

Tupper was even sporting a cap with the words "East Coast Lifestyle" in the interview, which he said was sent to him by a Nova Scotia cousin he'd never met. The cousin recently sent him a message on Instagram to connect and ship him some merchandise from his apparel line.

"My mom died when I was very young and that was a whole side of the family that got lost and he reached out to me," Tupper said.

"So I've been wearing it. I'm very loyal to Nova Scotia."