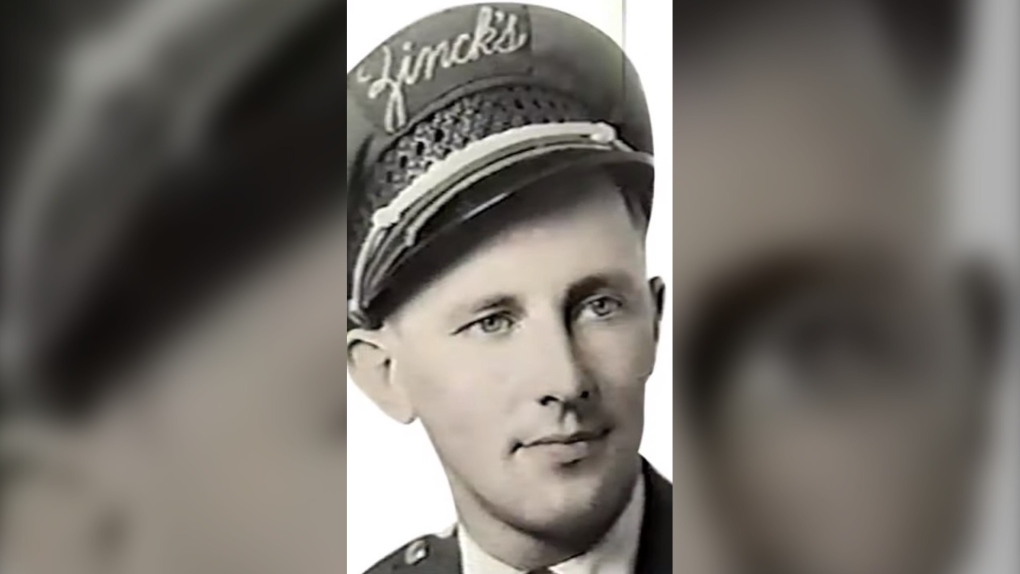 MacLellan spent 63 years as a taxi driver in Antigonish before retiring at 89 after a stroke. He was always frugal, Zinck said, adding that she believes he made some of his money in the stock market. (SOURCE: YouTube: St. Martha's Regional Hospital Foundation NS)
HALIFAX -

It was no surprise that beloved Antigonish, N.S., taxi driver John MacLellan gave what money he had to the local hospital in his will, family friend Margie Zinck said.

"But we were very surprised by the amount," Zinck said, reached by phone Wednesday at her home in Antigonish, in the province's northeast.

MacLellan, who went by Johnny, left $1.68 million to St. Martha's Regional Hospital, marking the largest single donation in its history.

He spent 63 years as a taxi driver in Antigonish before retiring at 89 after a stroke. MacLellan was always frugal, Zinck said, adding that she believes he made some of his money in the stock market.

"He always kept saying he'd leave a lot of money to the hospital; he was always saying that," Zinck said, adding that she never imagined how much money he would give.

MacLellan died in 2018 at age 96, and he gifted $1.68 million to the hospital in increments spread over several months. The hospital received the final payment from MacLellan's estate in June 2021. The generous gift was only made public earlier this month, however, when the St. Martha's Hospital Foundation released a video tribute to MacLellan.

Foundation chair Meghan MacGillivray-Case said her group didn't realize the true size of the donation until it received the last payment.

"We are so very grateful to John MacLellan," she said in an interview Wednesday. "It's just so impactful to the community here."

Zinck said she met MacLellan when she was 13 years old. He worked most of his career for Zinck Taxi, the company owned by the father of her husband, Donald Zinck. She said MacLellan drove her and a few classmates to school before there was a bus route.

"He was very kind and he always talked to us," she said. "He'd find out everything about everybody. He'd find out where you came from and who your parents are."

Zinck said it was well known that MacLellan loved being a taxi driver and took pride in doing the job well. "I think he knew most of the history of Antigonish and people's problems."

Residents in the community knew they could call him for a ride, she said, even if they were without money. He would often help his riders bring in groceries and offer a hand in whatever way he could, she added.

MacLellan joined Zinck Taxi in 1946, and for years after it got rid of its uniform for drivers, he stood out among his colleagues because he continued to wear the company-issued blue driving cap and personalized belt.

"He was more like family," Zinck said of MacLellan. "And I think Donny, my husband, always thought of him more like a father figure."

Zinck says the pair, who went by Donny and Johnny, remained close friends throughout their lives. She and her husband found out about the generous donation before Donny died in January.

"I'm sure my husband is smiling down because he really wanted to make sure Johnny got recognized for this."

The $1.68 million has been put into an endowment fund that will be used to purchase new hospital equipment and for medical training. The palliative care unit where MacLellan spent a short period of time before his death has been named the John MacLellan Palliative Care Unit.

This report by The Canadian Press was first published April 21, 2022.