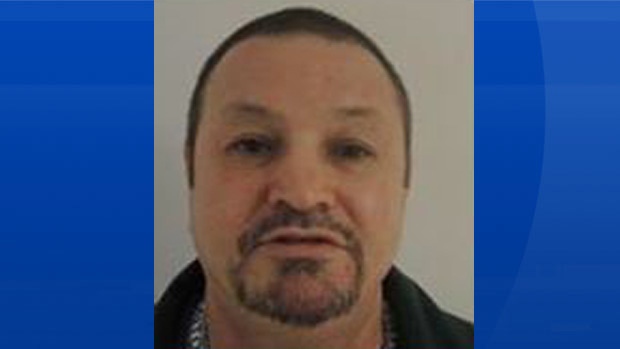 Troy Miller is back in custody after he walked away from the Parrtown Community Correctional Centre on March 11, 2019. (Saint John Police Force)

A federal offender who failed to return to a halfway house in Saint John is back in custody.

Police say Troy Miller walked away from the Parrtown Community Correctional Centre on Monday. A Canada-wide warrant was issued for his arrest when he failed to return to the facility.

Miller is serving a three-year sentence for assault with use of force, assault with a weapon, forcible confinement, sexual assault, uttering threats to cause death or harm, and failing to comply with conditions of an undertaking.

Police say Miller has since been located and is in custody.

Miller is the sixth offender reported missing from the Parrtown Community Correctional Centre since the summer.

Two inmates failed to return to the halfway house in August while two others walked away from the facility in February. A fifth disappeared earlier this month.

Five of the six missing offenders have been found and are back in custody.

Police are still looking for 26-year-old Nico Soubliere, who left the halfway house on Aug. 8, 2018.

The rash of missing inmates is raising concerns about public safety in Saint John and police say it’s a federal issue that has now become a municipal policing one.

“Some of the offenders that have been placed there come from other jurisdictions, gone through the federal system, are placed in our community and when they don't follow the rules, then the municipal police force, in this case in Saint John, has to pick that up.”

The Parrtown Community Correctional Centre is operated by the Correctional Service of Canada. It can house up to 26 federal offenders on conditional release in the community.

A police officer used to work inside the halfway house, but not anymore, and some are pointing a finger at cuts from the previous federal government.

Saint John police want the funding restored and Connell has gone to Ottawa to make the case.

Meanwhile, anyone with information about Soubliere’s whereabouts is asked to contact the Saint John Police Force.