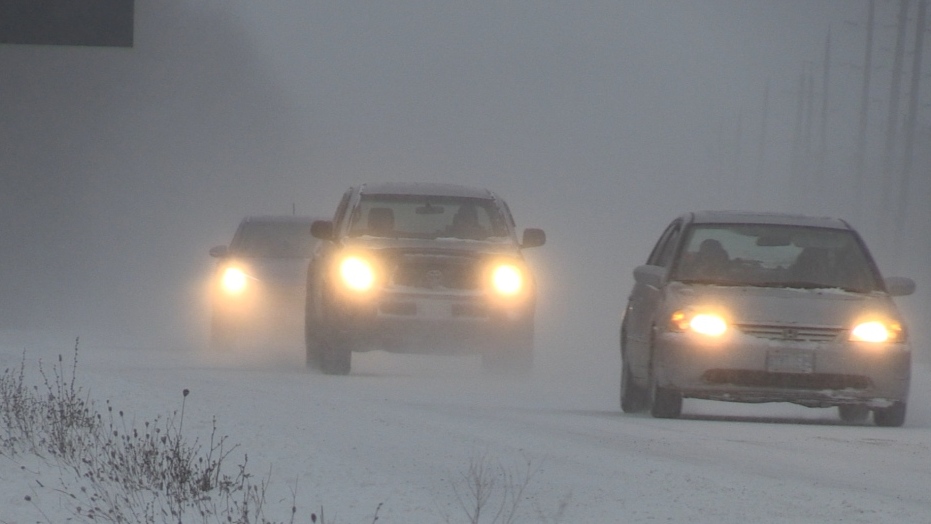 Schools across Nova Scotia were closed today after an overnight snowstorm swept across the province, prompting flight cancellations at the Halifax airport and delays for public transit.

Snowfall and winter storm warnings remain in effect for every part of the province, except the extreme southwest corner, where the storm has already moved on.

Up to 30 centimetres of snow was in the forecast for most of mainland Nova Scotia, with the heaviest snowfall expected to taper off from west to east near noon.

Residents were being asked to stay off the roads as strong northeasterly winds were making driving treacherous in exposed areas.

Meanwhile, up to 40 centimetres of snow was expected to be blown around by 80-kilometre-per-hour gusts across Cape Breton and Guysborough County later today.

In Newfoundland, wind and winter storm warnings have been issued for every part of the island, except the west coast.

Up to 30 centimetres of snow is expected by midnight in St. John's and along the province's east coast, where gusts could reach up to 140 kilometres per hour.

And up to 45 centimetres of snow is expected west of the Avalon Peninsula, with lesser amounts in the forecast for central Newfoundland.