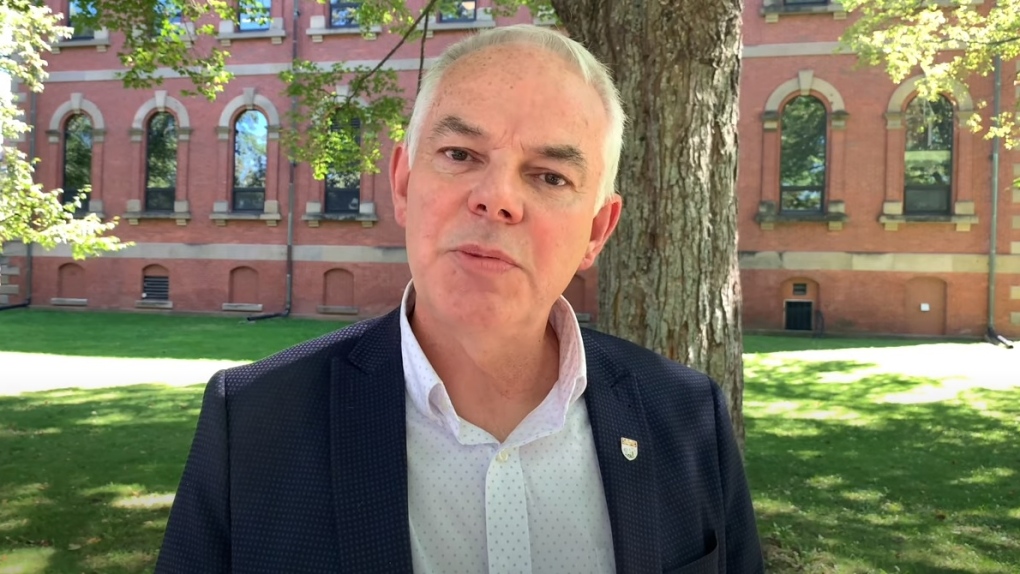 Prince Edward Island's Opposition leader says a rise in COVID-19 cases has revealed the inappropriateness of a public scolding dished out by the premier over criticisms of the government's back-to-school pandemic policies. (Photo: Official Opposition PEI/YouTube)
CHARLOTTETOWN -

Prince Edward Island's Opposition leader says a rise in COVID-19 cases has revealed the inappropriateness of a public scolding dished out by the premier over criticisms of the government's back-to-school pandemic policies.

Green Party Leader Peter Bevan-Baker put out a YouTube video on Friday recalling that Tory Premier Dennis King had said critics "pissed him off" when they called for the province to keep mandatory masking requirements for schools.

In late August, King said he'd heard politicians asking him to "this or that," and continued, "if you were in my job, would you take the advice of a partisan politician or the chief public health officer who is a Rhodes scholar, who is an infectious disease expert?"

The Green leader is now saying he's angered by the premier's lack of consideration of his critique, and notes that infections have occurred at multiple schools.

Health officials reported three new cases of COVID-19 on the Island Saturday, including two that involved close contacts of an outbreak at West Royalty Elementary School. There have also been recent outbreaks at Ecole La-Belle-Cloche in Rollo Bay and Charlottetown Rural High School in Charlottetown.

Bevan-Baker noted he had called for improvements to school ventilation systems and wanted to see students continue to wear masks at all times, arguing these suggestions didn't warrant King's rejection and outburst.

In his video statement to students, parents and teachers, Bevan-Baker said he strongly supports recent measures that included closures of all Charlottetown schools and a large testing effort, but he also called on King to stop ignoring his views in the future.

"What pisses me off is that when Islanders brought forward real concerns about their health and safety, they got a scolding from the premier," he said in his video statement.

The province announced Saturday it has 46 active cases, the highest level seen since the start of the COVID-19 pandemic. There are about 540 close contacts of the school cases who are in self isolation.

Two of the three new cases announced on Saturday were close contacts associated with the outbreak at West Royalty Elementary School, and have been in isolation. The other new case was associated with travel outside the province.

The province has announced that all schools on the Island are shifting back to cohorting and masking for students in Grades 4 through 12.