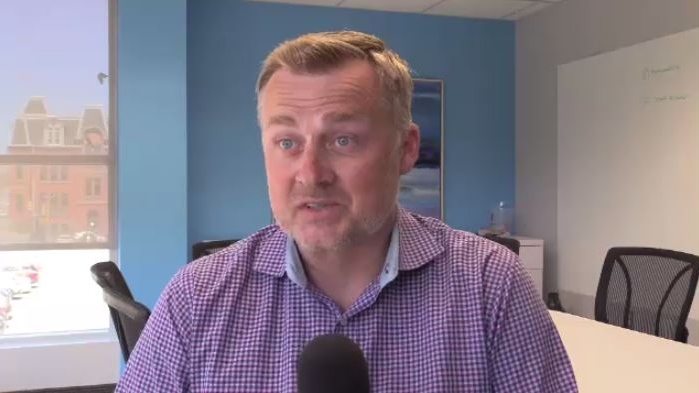 According to Derek Martin, the Halifax Wanderers will start the 2021 soccer season in Winnipeg.
HALIFAX -

According to Derek Martin, the Halifax Wanderers will start the 2021 soccer season in Winnipeg.

However, they plan to return to their home city by mid-summer.

"The first of August is really our target date to get back here to the Wanderers Grounds," says Martin, the team's founder and president, adding it is all contingent on the easing of COVID-19 restrictions.

“We are working with Dr. (Robert) Strang and his phased approach. Everything looks to be a go for the first of August and we are really excited to get back."

A full capacity, the Wanderers Grounds can hold close to 8,000 fans.

That would mean as many as 4,000 people could attend games within two months.

"It's great for Haligonians to say 'we're getting to the end of this pandemic'," says McGuinness.

Wanderers fan James Covey is adamant the games are much more than just a sporting event.

"They are heartbeat events, In the middle of downtown,” says Covey. “Everybody converging at the park on match day. It's about getting together - 6,000 strong."

"It's not really about the score, or where we are in the standings,” added Halifax Mayor Mike Savage. “It’s about people coming together in the city."

That experience could be opening up to thousands of soccer fans by early August.