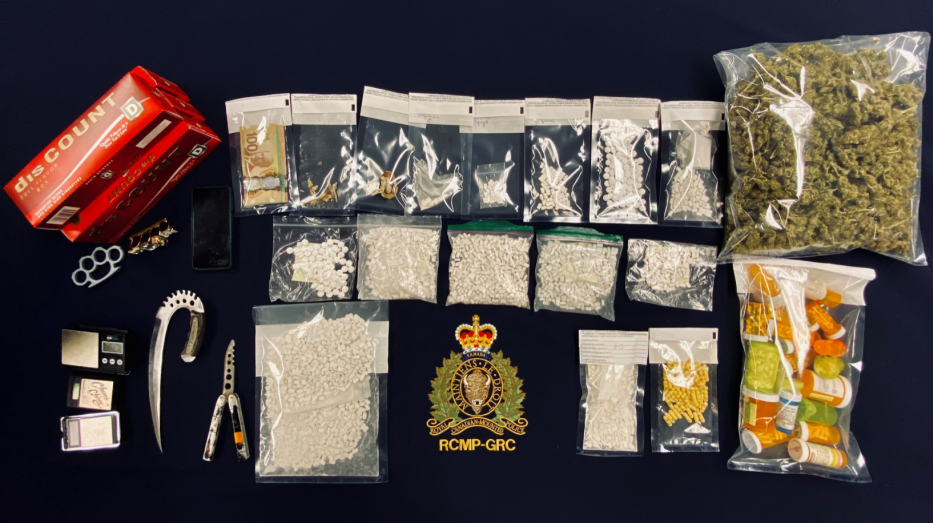 RCMP in Moncton, N.B. have arrested four individuals and seized drugs, weapons and money as part of an ongoing drug trafficking investigation.

Codiac Regional RCMP says on Oct. 7, officers arrested a 46-year-old woman outside a business on Filles de Jesus Avenue as a part of the ongoing investigation.

Police say following the arrest, officers executed a search warrant at a home on Elmwood Drive in connection with the investigation. During the search, police seized what are believed to be methamphetamine pills, ecstasy pills, hydromorphone pills, oxycodone pills, as well as psilocybin mushrooms, prescription pills, contraband cigarettes and cannabis. Police say they also seized prohibited weapons, drug paraphernalia and money.

The 46-year-old woman was later released and is scheduled to appear in Moncton Provincial Court on Jan. 20, 2022.

Three other individuals were arrested at the scene and later released.

The investigation is ongoing and anyone with information about, or who suspects illegal drug activity in their neighbourhood is asked to contact their local police or Crime Stoppers.