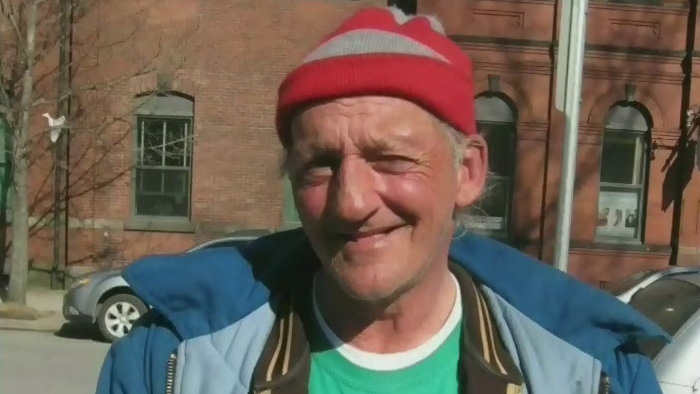 Wray Hart, a well-known bottle collector in Halifax, was killed in January 2018 when he was struck and became pinned by a car.

Over 100 people gathered to remember the life of a well-known Halifax man who was struck and killed by an alleged impaired driver.

Family and friends who attended the funeral service Saturday afternoon, said Wray Hart was a kind hearted man and someone who cared about others.

“The way I always put it… it was never goodbye, it was always ‘hello,’” said Hart’s son, Anthony. “It would be until the day I close my eyes.”

“I’m sure Wray will be somewhat outstanded and wondering what this fuss was all about,” said pastor Rev. Ralph Yarn. “This is a time for family, friends and acquaintances to rejoice for the life of a good man, to remember him with honour.”

Hart, 62, died after a 23-year-old man drove into building and damaged a utility pole at 1079 Queen Street a week ago.

Hart was a fixture in the city’s downtown. He was often seen pushing a shopping cart piled high with recyclables near Queen Street and Spring Garden Road.

There has been an outpouring of support for Hart. Nearly $9,000 was raised through a GoFundMe campaign for Hart's funeral arrangements, and to help his long-time bottle partner.