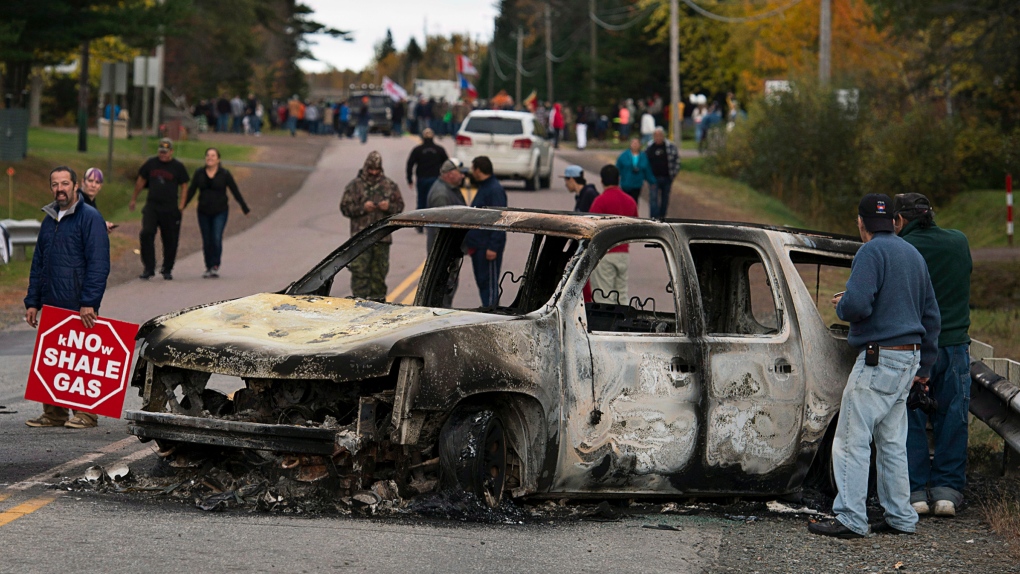 A police vehicle is seen in Rexton, N.B. as police began enforcing an injunction to end an ongoing demonstration against shale gas exploration in eastern New Brunswick on Thursday, Oct.17, 2013. (Andrew Vaughan / THE CANADIAN PRESS)

FREDERICTON -- Opponents of shale gas development in New Brunswick are welcoming a report from a panel of Canadian scientists that urges a go-slow approach to hydraulic natural gas fracking.

The report by the Council of Canadian Academies says little is known about the long-term impacts of extracting gas by fracturing rock beds and more research needs to be done.

Stephanie Merrill of the Conservation Council of New Brunswick says the report highlights a lot of concerns, especially risks to groundwater.

The council, along with the provincial Liberal and Green parties, say there needs to be an immediate moratorium on shale gas development in New Brunswick.

Liberal Leader Brian Gallant says his party wants a moratorium on fracking, not on science and research.

SWN Resources issued a statement saying it needs more time to study the report before commenting.