Small Newfoundland towns lean on each other during COVID-19 lockdowns 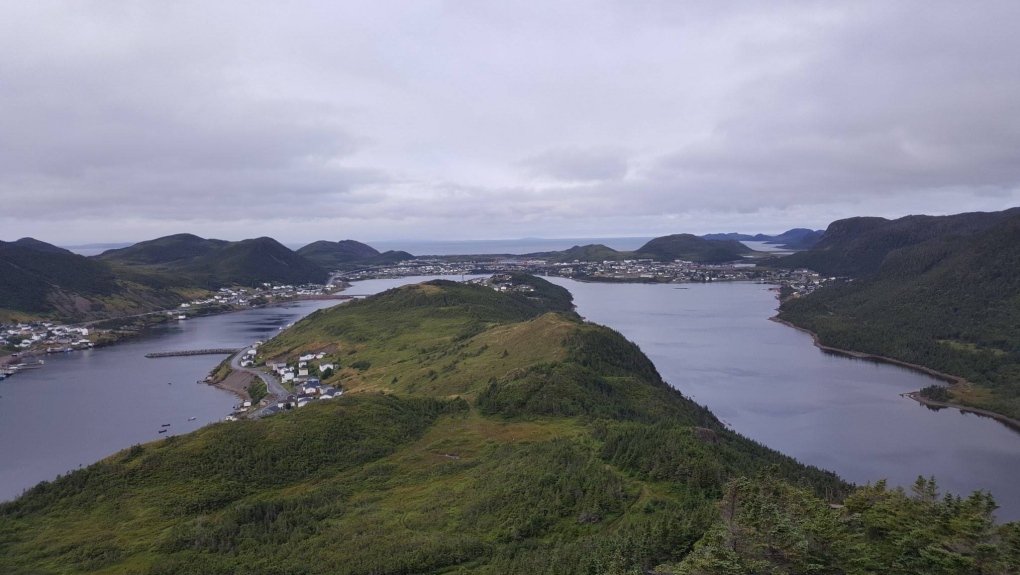 Harbour Breton, seen here in a 2017 handout photo, is a town of about 1,600 on Newfoundland's Connaigre Peninsula. (THE CANADIAN PRESS/HO, Josh Smee)

ST. JOHN'S, N.L. -- On Sunday night, before the tiny town of Harbour Breton on Newfoundland's south coast asked businesses to temporarily close following a few confirmed cases of COVID-19, Mayor Georgina Ollerhead got a call from the mayor of Deer Lake, about 430 kilometres away.

Deer Lake Mayor Dean Ball was calling to offer support and a few pro tips. He'd had to shut down his town a few weeks earlier as a cluster of cases emerged, and he knew it wasn't easy to ask businesses to close and people to stay calm in the face of a pandemic.

"It was actually quite an honour to have the conversation," Ball said in an interview Wednesday.

Shortly after Ball phoned, the town of Harbour Breton posted its public notice, urging residents to stay home as much as possible and calling on non-essential businesses to close.

"Mayor Ball certainly put us on the right steps to proceed forward," Ollerhead said. "We're small communities. We need to nip these things in the bud."

Taking on the arrival of a global pandemic is a massive job for the province's towns, said Sheila Fitzgerald, president of Municipalities Newfoundland and Labrador. She's also the mayor of Roddickton-Bide Arm, a town of just under 1,000 people on the Northern Peninsula.

Newfoundland and Labrador has about 520,0000 people and more than 270 municipalities. Almost all are small towns, and many have just a few dozen residents, Fitzgerald said. Like Ollerhead, their mayors and councils are all volunteers.

"In some of these small communities, they get a turkey at Christmas," she said. "Yet they sign on to be leaders in their communities and they don't look back."

In the past month or so, COVID-19 clusters have bloomed in Grand Bank, a town of about 2,000 on the Burin Peninsula, and in Deer Lake, a western Newfoundland town with about 5,000 people. Harbour Breton has about 1,600 people and three active cases, as of Thursday afternoon.

"If there was ever a time where things would break down and there would be chaos, it would be at a time like this, but that's not what we see in this province," Fitzgerald said, adding: "Nobody has said, `I'm done with this, this is not what I signed up for.' "

Ball said the two weeks he kept Deer Lake on partial lockdown were the most stressful time of his 31 years in municipal politics.

Ollerhead has been in municipal politics for eight years, and mayor for four of those. She's also the Lion's Club president, chairperson of the local Children's Wish Foundation and treasurer of the local darts league. She's seen her town through a shutdown at its fish plant, and now COVID-19.

Every new day without a case in the community is a good day, she said, but she's cautious. "Tomorrow we might get 10," she said. "But guess what, we'll have to deal with that, too."

Harbour Breton is at the end of a two-lane highway that turns off the Trans-Canada Highway and cuts down across the vast, empty centre of Newfoundland to the end of the Connaigre Peninsula. At this time of year, there's nothing but trees, water and caribou for most of the drive.

"No one thought that COVID was going to get here," Ollerhead said.

Two positive cases there are workers at the town's health centre, which includes a long-term care facility. Residents and staff had to be tested, and the regional health authority moved in to set up a mobile testing unit. Rapid-testing kits were due to arrive this week, Ollerhead said.

Before the third case in the community was announced on Thursday, chief medical officer of health Dr. Janice Fitzgerald told a briefing Wednesday that officials hadn't been able to trace the source of one of the first two infections. That meant Harbour Breton had to keep hunkering down in partial lockdown, Fitzgerald said.

Ollerhead said she's ready for it. The people in Harbour Breton are doing well, they're co-operating, and they're taking care of each other, she said. And they're being kind and supportive to the people who are sick.

"Right now being the mayor of Harbour Breton, I'm so proud," she said. "Everybody's being a leader right now, and that's what we need."