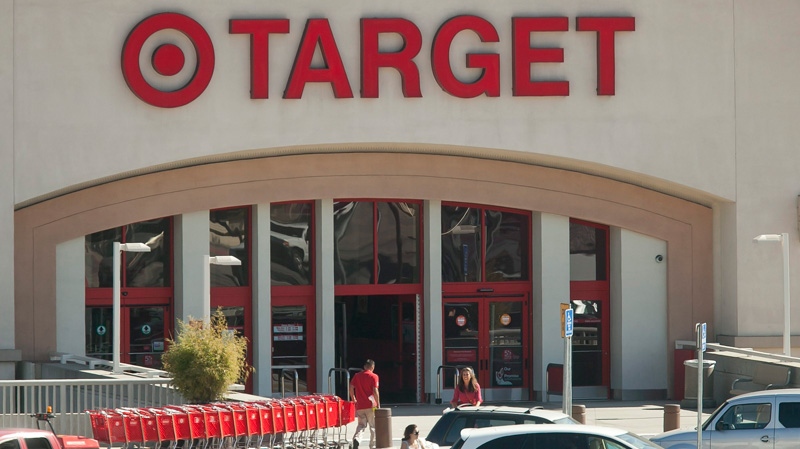 STELLARTON, N.S. - U.S. retailer Target laid down more groundwork Friday for its entry into Canada in 2013 with plans additional store locations and a supply deal with Sobeys.

Target Canada president Tony Fisher said the company will now look to finalize the locations for its first 125 to 135 stores in Canada that it plans to start opening starting in March 2013.

"We scoured every location that Zellers had throughout the country and it was really important for us to understand which locations were the best strategic and financial value," Fisher said.

He said the company is still finalizing which stores it will open first, but the plan is to start in the Toronto area and then head west before focusing on the eastern portion of the country.

Fisher said the company plans to convert and open all of the former Zellers locations it has chosen as Target stores within the first full year, but sees opportunity for growth beyond that.

Five years out, Target is looking at having at least 150 stores in Canada.

"It's a lot of work, but the teams are working hard and I'm confident we will get it done," Fisher said.

Target announced 84 additional Zellers locations Friday that it is entitled to under a $1.825-billion deal with the Hudson's Bay Co. that gave it up to 220 sites. The stores are in addition to 105 locations identified in May.

The retailer said that it has acquired leasehold interests for 29 of the 84 locations. Of those, the vast majority will become Target stores, while the remaining leases have been sold to other retailers or back to the landlords.

The locations announced Friday include 39 that Target has transferred the rights to Walmart. Target has also acquired the lease for one of Walmart's vacant properties, which will open as a Target store.

Under the Sobeys deal, the Canadian grocer will supply Target with frozen, dairy, and dry grocery products, including both national brands and Target's private label products starting early in 2013.

As part of the agreement, the two companies will use each other's distribution networks to help reduce transportation expenses.

"The associated increased revenue, and the supply chain efficiencies which will lower our costs, will continue to strengthen our competitive position," Sobeys president and chief executive Bill McEwan said in a statement.

Minneapolis-based Target is expected to open its first stores in Canada in 2013.